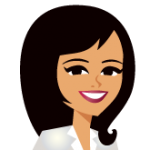 In life we all have a choice. We can be pretty good, or we can be GREAT! The difference in those two often comes down to paying attention to the details. I used to keep a sticker on my desk that said “If you don`t have time to do it right the first time, how will you ever have time to do it over again?” That quote has stayed with me throughout my career and every time that I consider hurrying through something just to get it done I stop myself and think about that quote. If I can take the time to do it right the first time I will save myself a world of problems later…

It’s that attention to the details that will make the difference between your life and your business being either PRETTY GOOD or being GREAT! Now clearly there will be times when you make an honest mistake, but when that happens, stop and ask yourself if the mistake would have been avoided up front if you had simply paid attention to the details the first time around? And then commit to doing that in the future so you don’t repeat the mistakes again. Remember, if you don’t have time to do it right up front, how will you have time to redo it later?

Someone once shared a fantastic poem with me that gives some perspective on the term “Pretty Good”.

There once was a pretty good student,

Who sat in a pretty good class

And was taught by a pretty good teacher,

He wasn’t terrific at reading,

He wasn’t a whiz-bang at math,

But for him, education was leading

Straight down a pretty good path.

He didn’t find school too exciting,

But he wanted to do pretty well,

And he did have some trouble with writing,

And nobody had taught him to spell.

Pretty good was regarded as fine.

Five plus five didn’t always add up to 10,

A pretty good answer was nine.

The pretty good class that he sat in

Was part of a pretty good school.

And the student was not an exception,

On the contrary, he was the rule.

The pretty good school that he went to

Was there in a pretty good town.

And nobody there seemed to notice

He could not tell a verb from a noun.

The pretty good student in fact was

Part of a pretty good mob.

And the first time he knew what he lacked was

When he looked for a pretty good job

It was then when he sought a position,

He discovered that life could be tough.

And he soon had a sneaky suspicion

The pretty good town in our story

Was part of a pretty good state,

Which had pretty good aspirations,

And prayed for a pretty good fate.

There once was a pretty good nation,

Pretty proud of the greatness it had,

Which learned much too late,

If you want to be great,

Commit to making your life GREAT by paying attention to the details and doing it right the first time!