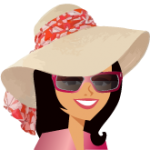 “Every day in the US, at least four women are murdered by abusive (and often, ex) partners. Over 75% of the homicides occur when the woman attempts to leave or has left her abuser.”

Today I attended the showing of the documentary Private Violence at Sundance Film Festival.  The documentary follows the story of Deanna Walters, a mother who was abused horrifically by her estranged husband, ultimately leading to him kidnapping her and beating her with a Maglite flashlight over the period of four days from the back of his 18 wheeler with her young three year old daughter watching as he did it…all this happened while the estranged husband’s cousin was in the truck with them driving the vehicle.  When the police finally pull the vehicle over they don’t arrest the husband because the wife is too afraid to accuse him, so she is rushed to a hospital and he is allowed to simply drive away.  Kit Gruelle, a former victim of abuse herself who now serves as an advocate to seek justice for women who have been abused, sets out to get justice for Deanna.  It takes her well over a year and tremendous effort to get the authorities to even file any charges against the estranged husband.  When you see how badly she was beaten it will sicken you to know that it took so long to have charges brought against this man.  It took even longer to have his cousin charged as an accessory to the crime.  The documentary highlights the problems with our justice system in protecting these women.  It also highlights the need for community to get involved in helping these abused women and the need for people like Kit Gruelle who will help fight for justice.

Here is a clip from the movie:

No question it is difficult to watch because it highlights the ugliest of crimes – being hurt by the person who is supposed to love you the most; the person who has sworn to protect you and stand by you.  For the victim of abuse it causes feelings of shame and a sense of being unworthy of love. The victim feels humiliated and isolated.  People wonder, “why doesn’t she just leave?” or “what did she do to cause that?” , furthering the feelings of humiliation and embarrassment for the victim.  The complexities of the emotions the victim goes through, the fear, shame, isolation, heartbreak, etc, are impossible to completely understand unless you have been through it yourself.  But victims can overcome their situation – they can get help and get out – just as Deanna Walters did.  She is an example of courage, strength, and moving forward to a better life.…