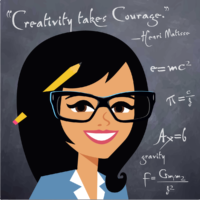 “Have you ever heard someone use a swear word and thought how intelligent they sounded or how much more you respected them?” That was the question an older friend once asked me in my younger years.  His question was meant to teach a lesson and it worked.  Although I’d never used the really harsh profane words, the milder ones had definitely come out of my mouth a time or two (or three or four I’m embarrassed to admit), and this friend was trying to help me recognize that using profanity of any kind was only serving to make me less than the person I could be.

Stopping the use of profanity isn’t always an easy habit for people to break.  Especially when its so commonly used by so many these days and one can’t turn on the television or go to a movie without being bombarded with it. For me I broke the habit by using substitute words in place of a profane word, but then you start to recognize that a substitute word sends almost as negative a message as profanity does.  Neither profanity or the use of substitute profanity does anything to build your intelligence nor garner respect.

I love this suggestion given by L. Tom Perry on how you can break the habit of using profanity:

“Many times in our effort to refrain from improper speech, we find words to substitute. Sometimes they are so close to vulgar phrases everyone probably knows that we are substituting words and have not really improved our vocabulary….To anyone who has followed the practice of using profanity or vulgarity and would like to correct the habit, could I offer this suggestion? First, make the commitment to erase such words from your vocabulary. Next, if you slip and say a swear word or a substitute word, mentally reconstruct the sentence without the vulgarity or substitute word and repeat the new sentence aloud. Eventually you will develop a non-vulgar speech habit.”

I love that suggestion!