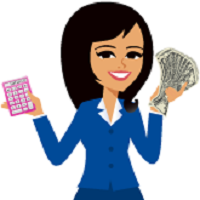 You probably read today’s title and wondered how it is possible for anyone to profit from failure. It is success we profit from, is it not?  The profits from success may be far more obvious to everyone, but I would submit that we can profit just as greatly from failure if we choose to.

My greatest learning experiences in life have come from the times I failed. Now I have to stop here and just say that I decided long ago that if I learned something from a mistake then I wouldn’t ever call that a failure, but for purposes of today’s blog we will use the word failure just to get the point across. And without a doubt, each time I have failed I have grown tremendously. Every failure I would determine not to make that same mistake again, I would evaluate what safeguards or changes I could make in my life to make sure it didn’t get repeated, and then I would pick myself up and move forward far wiser than when I began.

It’s not in life’s easy moments that we profit the most. It is the times we fall down, have to pick ourselves up, and move forward again that we profit from the most. One of my favorite poems to remind me of this is below:

The test of a man is the fight he makes,

The grit that he daily shows;

The way he stands on his feet and takes

A coward can smile when there’s naught to fear,

When nothing his progress bars;

But it takes a man to stand up and cheer

While some other fellow stars.

It isn’t the victory, after all,

But the fight that a brother makes;

The man who, driven against the wall,

Still stands up erect and takes

The blows of fate with his head held high;

Bleeding, and bruised, and pale,

Is the man who’ll win in the by and by,

For he isn’t afraid to fail.

It’s the bumps you get, and the jolts you get,

And the shocks that your courage stands,

The hours of sorrow and vain regret,

The prize that escapes your hands,

That test your mettle and prove your worth;

It isn’t the blows you deal,

But the blows you take on the good old earth,

That show if your stuff is real.

Don’t be ashamed of your past bumps and bruises and scars. Be proud that you learned from them and be happy that they have shaped you into the amazing person you are today!