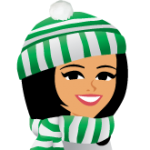 My thoughts today are about petty people, mean people, and those who facilitate their bad behavior.

All of us have dealt with them before, those people who are petty, mean, and selfish.  They are those people who are focused only on themselves, their wants, their hurts, and their problems.  The petty ones can be found parading their “poor me” attitude in an attempt to garner pity and attention from those around them; and the mean ones can be found using dishonest and manipulative behavior to try and paint themselves in the better light with the hopes of making others around them look worse.  The petty people tend to be consummate victims; the mean people tend to be incredibly insecure; and both seem to always have justifications handy to excuse their inappropriate behaviors.

There is no such thing as petty or mean person who is happy with themselves; rather they would be described as insecure, jealous, angry, envious, spiteful, and in constant need of attention.  They are never satisfied or grateful for what they have, rather they focus their entire attention on everything they don’t have, and they try and tear down anyone else who truly is happy in their lives.   Both are one thing and one thing only – TOXIC!

Unfortunately we live in a world where at some point we will have no choice but to encounter these people, so how can we best handle them?

First we have to remember that we cannot control someone else’s behavior.  We can only control our own.  Our focus must be on controlling our own actions and reactions and we can’t allow ourselves to get sucked into their madness.  When we allow ourselves to get sucked into it, we only end up hurting ourselves and rewarding them, which only encourages them to continue with their bad behavior.

Next we have to remember that you cannot “fix” someone else.   Everyone has to take responsibility for their own actions, and when we mistakenly think that we have the ability to change another person we only end up bringing ourselves down in the process, rather than lifting the other person up.  Often in trying to “fix” a petty or mean person we end up facilitating their bad behavior and making excuses for them, which only encourages them to continue their bad behavior.

One of the worst traps we can fall into is the trap of becoming an enabler to those who are petty or those who are mean.  We cannot let our own actions become a facilitator that rewards and encourages the bad behavior of another.  Doing so will only push them further down the path they are already on. We must be willing to take a stand on what is right and stand against what is wrong.  We must stand true to our values, doing so in the most respectful way possible.  Some describe this as “tough love”.  We should never allow ourselves to shrink from standing for what’s right with the excuse of trying to “help” that other person, or out of a desire not to “hurt their feelings”.  Bad behavior is just that, it’s bad.   We can’t allow ourselves to be treated badly or taken advantage of as it doesn’t just hurt us; it also hurts the person committing the bad acts.  By standing for what is right we both set an example for the other person as well as teach them that they must behave differently if they are to be part of your life.

Finally, we have to recognize when the time has come that we must simply walk away.  At the point it becomes clear to you that these petty or mean spirited people are not going to change, the best thing to do is to walk away and cut off any association with them going forward.    As hard as that may be, there comes a point where that may be the best option.  My suggestion is that this step be taken only after you have taken time to truly contemplate if doing so is the right thing for you to do.  You need to feel good about the decision to walk away.  Don’t ever allow yourself to walk away in anger or bitterness.  You need to feel good about the choice you make.  And if you end up determining that ending the association with toxic people in your life is the right step to take, then do so in the most respectful way possible.  Keep your integrity in the process.  Then walk away and learn whatever you can from the experience that can help you in the future.  After all,

“Some people aren’t meant to be in our lives forever,

some are just passing through to teach us a lesson.”

so learn the lessons and move forward.  The world is full of amazing people to make part of your life.  I can attest to that as I have met a tremendous number of amazing people that lift me up and make me a better person by having them in my life.  There are plenty of happy, secure, kind people out there who have gratitude and who spread joy to others.  Fill your life with those people because “your life is bigger and better than that!”  So live it joyously!