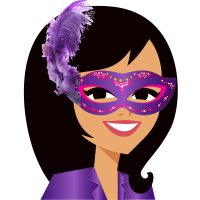 It was sometime in the 1990’s when I first came across a PBS special where a woman was speaking in in a stand-up comedy routine sort of way on The Joy of Stress. Almost immediately I began laughing out loud listening to her as she described in the most entertaining way the self-defeating thoughts and attitudes we have in life that cause us to feel stressed out. She used such common examples of behaviors that we all tend to do that it was impossible not to begin to recognize the stupidity of some of your own defeating behaviors.

After watching her talk I had to find out more about who she was. I learned her name was Loretta LaRoche and she is an international stress management and humor consultant as well as an adjunct faculty member for The Behavior Institute of Medicine (an affiliate of Harvard Medical School). I loved how effective she was at making us laugh at ourselves and how easy it can be to knock off our ridiculous thoughts and how to replace them with humorous thoughts.

I went on youtube to try and find that original PBS special of hers from the 90s that made me laugh so hard that I fell in love with her videos.  I even used her videos with my employees at my company because I realized we would all perform better if we could rethink our stress in the ways she advised.  I was hoping to share her entire pbs special with you but I was only able to find the second half of it to share- this half is 20 minutes long but its done in a stand-up comedy way so you can watch it in bits and pieces as you have time. All I can tell you is that is SO WORTH the watch! It’s impossible to watch it and not have a change of thinking on dealing with stress.

If you liked that video I suggest getting on youtube and watching other talks she’s done or you can order her videos and books online as well.

Have a great weekend everyone and don’t forget to LAUGH!