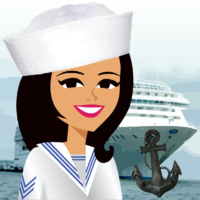 With Shark Week coming to its end today it seems fitting to share a shark experiment that teaches a valuable life lesson:

“A marine biologist was involved in an experiment with a shark. He placed a shark in a tank along with other small bait fishes.

As expected, the shark ate every single fish.

The marine biologist then inserted a clear fiberglass to create two sections within the tank.  He placed the shark in one section and smaller fished in the other section.

The shark quickly attacked, but then he bounced off the fiberglass. The shark kept on repeating this behavior. It just wouldn’t stop trying.

While the small fish in the other section remained unharmed and carefree. After about an hour, the shark finally gave up.

This experiment was repeated several dozen times over the next few weeks. Each time, the shark got less aggressive. Eventually the shark got tired and simply stopped attacking altogether.

The marine biologist then removed the fiberglass. The shark, however, didn’t attack. It was trained to believe in the existence of a barrier between it and the bait fish.

The moral:  Many of us, after experiencing setbacks and failures, emotionally give up and stop trying. Like the shark, we chose to stay with past failure and believe that we will always be unsuccessful. We build a barrier in our heads, even when no ‘real’ barrier between where we are and where we want to go. Don’t give up. Keep trying because success may be just  a try away.”