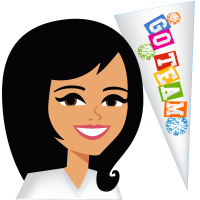 As I sat Friday night in the BYU Marriott Center (with its seating capacity of around 19,000 people), and they flashed my photo onto the jumbotron screens and had me stand and be recognized by the audience for receiving BYU’s Honorary Alumni Award it was completely surreal. That’s how they started the BYU Spectacular event which consisted of amazing performances by Nashville based singer/songwriter Ben Rector (his recent album debuted #1 on Billboard’s Americana/Folk chart and #9 overall), Hilary Weeks (#1 Billboard Christian Artist), as well as BYU’s top performing student performing groups Vocal Point, Young Ambassadors, Ballroom Dance Company, Men’s Chorus, Cougarettes, International Folk Dance Ensemble, and the BYU Dunk Team. The two hour show was absolutely incredible!!!  The quality and caliber of the performances was a standing ovation all the way.

One of the most impactful moments of the show for me was when Ben Rector shared how so many times when he would be leaving to perform on tour and a driver would pick him up to take him to the airport he would talk to the drivers and get to know a little of their stories.  He shared how as they shared the hardships in their lives with him he couldn’t help but wonder how he was the one so lucky as to get to go perform in front of audiences and be celebrated when these drivers were working so hard and no one would ever know about their accomplishments.  And so Ben felt inspired to write a song about these men that drive him places and here are the lyrics he wrote:

The Men That Drive Me Places –  written by Ben Rector

Howard drives a minivan with the cruise ships from Ft. Lauderdale
And it’s been that way since 1994
Does his business on a flip phone with the most obnoxious ringtone
I didn’t ask but I can tell he’s from New York
And he spoke proudly of his daughter and that this fall she’d be in college
And that he always wished he’d gotten his degree
You can tell he came from nothing, built a future out of hustling
And somehow I’m the one you people pay to see

Danny showed up early fifteen minutes till five thirty
Making sure that I’d be on my morning flight
He said he’d love to fix computers, but that he can’t until he’s fluent
So he spends his driving money taking class at night
He wore a neatly ironed dress shirt and he helps his kids with homework
And deep inside I couldn’t help but ask myself
Why that at night I’m up on stage, everybody knows my name
While Danny’s early picking up somebody else

And now everything’s not given, I work hard to make my living
But I’ll give credit where I think credits due
Maybe you got dealt a good hand
Maybe you play it the best that you can
But I don’t know how far you’d walk without those cards
In Howard and Danny’s working shoes
But that’s just the way it goes
You’re dealt a good hand and you get celebrated
Oh how am I the only one who knows
I’m half the man of the men that drive me places

That moment was emotional for me because those lyrics describe how I felt when I was asked to stand and be celebrated that night.  I felt humbled beyond measure that I would be so lucky as to be recognized when there are so many other people out there who do just as much good or more in the world with their small, consistent, daily acts of kindness, and I feel it is those people we ought to have stand and be celebrated by us all.