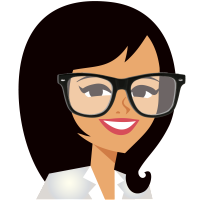 I am a huge believer in setting goals (as any of you who follow me know). To me setting a goal gets you pointed in the right direction and it gives you an objective you want to achieve. Then you set smaller short term goals that will lead you to accomplish that big picture goal you have for yourself.

Once you have set your goal and you have started working to accomplish them I have found the that the best thing to do is then focus your attention on your efforts…give it 100% so you can feel confident that you are giving it your absolute best that you are capable of giving.  By trying your very best you are blessed with the gift of having peace of mind in the process because you know you are doing all you can do.

Then what you need to do is work your guts out, and trust that as long as you continue to give your best effort, making sure that you are doing everything integrity (not cutting any corners and not going into the gray areas in any way to get it done), then you’ve got the right to total faith that whatever the outcome ends up being it will be exactly the right thing for your life, even if that outcome ends up being different than what you had planned or expected.

You see we all have these big picture goals, and then we have shorter goals that we believe will move us closer to achieving our big picture goal.  For example, a person’s big picture goal might be to get married someday. Or a person’s big picture goal might be to have a career that allows them to support their family. Both fantastic big picture goals to have. For both of those scenerios the two people would each set a series of short term goals to work on that they believe will lead them closer to achieving that overriding big goal they ultimately are trying to achieve. To give an example of a shorter term goal  on that first big goal, the person would decide to date x number of new people each week as they search for a mate. And an example of a short term goal on that second big goal would be a goal to finish a college with a degree in a specific field because they think that will lead them to having a good career to support a family.

So now that person starts working on those shorter term goals, putting in 100% of their effort to achieve them. But along the way something happens and the outcome isn’t what they had set their short term goal to be. That came about because often times in the process of working on our short-term goals, giving them full effort, we end up figuring out that there is another way to achieve our overriding big picture goal.

I have a real example of this happening in my own family. Back when my father was in college, bis big picture goal was to create a good career that could support his family. His short term goal in schooling was to become a dentist. As he was pursuing dental school the FBI approached him and recruited him to take a job with them. My father took that job with the FBI instead of going to dental school.  Now some may say that he had a goal to be a dentist and he didn’t achieve it, but the reality is that his big picture goal was always to create that career that would support his family and along the path of him giving his full effort into his short term goals that he believed would get him there an opportunity came up that he never expected and it afforded him another way to achieve his true overarching goal of supporting his family – so he went with it. And that career ended up being perfect for him. It is important to realize that the other opportunity didn’t come to him when he was sitting around doing nothing, it only came to him while he was putting full effort into getting into dental school so he could accomplish that short term goal. Thus his full effort went into the goal yet a different outcome was achieved, but it still helped him to get closer to achieving his big picture goal in a way that turned out to be far better for him.

It all boils down to putting in enough effort in an honest way and then knowing that was all you could do…then the rest is up to a higher power to take charge and steer your life to the outcome that is best for you so trust the outcome is taking you exactly in the right direction.

You don’t have to see the end of the road to have peace that it will end incredibly awesome. You only need to focus on the stretch of road you are driving down right now, today. Focus on giving your best effort possible on this patch of road. Leave it all on the field. And once you have done that, I promise you that you should feel happy with the outcome because even if it is different than you had worked for, you will eventually come to see that new outcome was exactly what you needed….