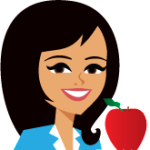 Tonight I attended a dinner following my board meeting for the University of Utah National Advisory Board.  A man I know and respect greatly, Mike Murray, gave the keynote address during our dinner.  Mike Murray has had an amazing career. He went to school at Stanford, then went to work directly reporting to Steve Jobs at Apple Computers in his 20s as the head of marketing for the Macintosh.  Mike joined Microsoft in 1989 reporting directly to Bill Gates and Steve Ballmer.  He spent 10 years at Microsoft during a 10 year span when the company’s stock grew 40% year over year for the entire 10 year span.  Mike walked away from Microsoft having made significant money off his stock options.  Mike could have chosen to do anything with his money, but what he chose was to dedicate his money and his time to serving others through his charity work.  One of the charities Mike founded is called Unitus which helps increase access to microloans throughout India, Africa and other areas with a need in order to help people find a pathway to self-reliance.  Through his efforts he has been able to affect the lives of hundreds of thousands if not millions of people throughout the world.

The best part about Mike Murray is the fact that if you were to meet him on the street knowing nothing at all about his incredible success you would literally think you had met one of the kindest, most gentle hearted, humble, and unassuming men out there.  He shows no sign of arrogance or entitlement.  Mike acknowledges that he worked hard for many years to achieve the financial success he achieved, but he then immediately points out that he knows many people who have worked just as hard as he did yet did not get financially blessed the way he did.  You can tell that it genuinely bothers Mike that everyone who works hard doesn’t have the same financial rewards as him and he has now dedicated his life to helping everyone he can to achieve financial success too.

Mike is generous beyond belief. He is thoughtful and authentic and you can feel of his sincerity for helping others – not for the sake of gaining accolades or attention for himself, you can quickly see how uncomfortable that makes him – no, Mike does it solely for the purpose of doing all he can to help others succeed.  He is an amazing example for all of us.

I am thankful to have the chance to associate with good people like Mike Murray and to learn from their examples of how to make the world around us a better place by using our time and talents and resources to help others.  May we all strive to follow his example.

Have a great weekend everyone!  I LOVE the weekends 🙂