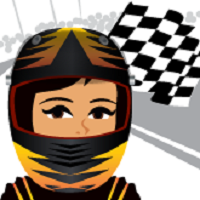 Traffic jams are so frustrating! It is so painful to be stuck on the freeway when there is a traffic jam of bumper to bumper cars and there is literally no way to get yourself out of it. All you can do is sit there and wait for the traffic to start moving again. You feel trapped recognizing there is literally nothing you can do about being stuck where you are…you can’t get to the exit, you can’t get on your cell to start emailing or texting since you still have to stay alert for when traffic does actually start moving again, and you don’t really want to start calling anyone because you know that you will inevitably find yourself ranting about the crappy traffic you’re stuck in to the person on the other end of the call …all you can do is look at the clock in your car tick slowly by and think about how many other things you needed to be getting done right now and can’t because you are STUCK….grrrrr…. …it’s a ginormous waste of what could have been productively used time….

As I sat in traffic today feeling completely irritated about the traffic jam I was stuck in I began getting more and more irate about it. How could I be so unlucky as to be stuck in this mess. I had so much I needed to be doing and none of it was getting done because what should have taken a few minutes had now turned into a few hours and there was nothing in the universe I could do about it.

…then it happened…I saw one of the cars that had been causing the delays. The front was all smashed in and the windows were shattered.  Someone had been driving that car and now they were either badly injured or maybe even dead.  Somewhere they had family members who were getting that phone call telling them something tragic had occurred and their lives were forever changed…how lucky was I that I wasn’t the person driving or the family receiving that phone call…how lucky was I?!

Drive safe and try to enjoy the ride.