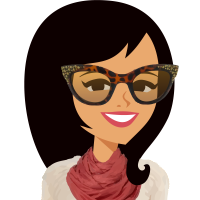 Last week I spent the week hosting a group of fabulous people on our houseboat at Lake Powell. It is always a ton of work to host a big group for a week but its also incredibly rewarding to spend quality time really getting to know people on a closer level without any technology distractions to get in the way. And I feel truly blessed for the quality of people I get to spend time with on these trips as well as in my every day life.

Upon returning home I discovered some disappointing news. Almost a year ago, a group of fellow respected business leaders and I discovered that a particular institution we had each donated money to had not been providing proper oversight for the donated funds and as a result a portion of those funds had been allowed to get improperly used. Before formally raising the issue with Institution we carefully gathered evidence and supporting documentation to make sure that this had indeed taken place (after all I was raised by a Father who is FBI so I was taught to always review the evidence). Once we had confirmation of things we immediately reported the issue to the leadership for that particular division of the Institution as they were charged with providing oversight for those donated funds and we felt that once they became aware of it they would certainly take immediate steps to stop the problem and put proper safeguards in place to ensure the same problem couldn’t ever occur again and communicate those to us as donors so they could restore our confidence that they were able to be trustworthy stewards of our donated funds. We all understood that this could have been an unfortunate mistake that was made that would prove to be a valuable learning experience for the leaders that would help them be better moving forward. We also believed in giving people the opportunity to take accountability for their mistakes and the opportunity to correct them.

After we reported the issue we allowed time to pass for the Institution to fix it, but as more and more time passed without acknowledgement or communication from those leaders, the more concerned and weary we grew, and the more our confidence and trust in the Institutions leadership was damaged.  It became clear that the situation may end up requiring further escalation to ensure the problem gets fixed. And sadly, upon my return home from my trip I discovered that not only had the Institutions leaders not taken accountability to fix the problem but they were now trying to cover the problem up entirely by stating that nothing wrong had ever actually happened. Given the evidence to the contrary, their actions are completely obliterating at least this Donor’s trust and I am certain it is doing the same to many other donors who are aware of the issue. The saddest part is that the way its being handled won’t just damage donor trust but ultimately it ends up hurting future recipients of the services the Institution’s donations were intended to provide. All because a few people haven’t been willing to uphold their fiduciary, not to mention moral, obligation and commitment to do the right thing.

When one covers up a mistake it does far more damage to their credibility than simply taking ownership of the mistake, apologizing, and taking steps to ensure the mistake won’t get repeated. Because when one covers up a mistake it leaves others to wonder “Was it really an honest mistake or was it an intentional act of wrongdoing?” and just the fact they are left to question that is damaging  enough.

If something is truly an honest mistake there is no reason not to own it, apologize, take accountability to fix it, and put safeguards in place to make sure it won’t happen again. After all, we are all capable of making honest mistakes in life, but it’s how one takes ownership for correcting their mistakes that proves their trustworthiness.