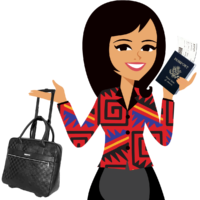 Since late 2012 we’ve been leasing a building that we renovated from the former restaurant it had been to gorgeous office space that was unlike any other.  I poured my heart into making it spectacular and I’ve loved our office space so much. But after leasing it for nearly 8 years we’d decided it was time we either bought or built a building we could own.

First we found a building and tried to buy it but someone else bought it first. Disappointed we searched for a lot and decided to build instead. We found a lot and went through the whole rezoning process so we could use it. Then we drew up plans and turned them into the city to go through their process of public meetings, planning commission, department approvals, and so on. Right in the middle of that COVID hit and everything came to a screeching halt. Meetings got postponed, approvals got delayed and our dream of building became more of a nightmare.  Instead of being close to completion of construction we are still waiting to get an approval that will allow us to even begin….

But with everyone working from home due to COVID and our current office sitting totally unused right now we decided we still ought to move out and would place things in storage until our new building was ready. Last week we were furiously packing things up at the office so we’d have things ready for movers we’d scheduled to come this week.  And that’s when our phone rang….

The person who’d bought the building we’d previously tried buying ourselves was calling to tell us he’d woken up that morning and made the decision he wanted to sell it if we were interested in buying…. Seriously??!! Could life throw us any more crazy curve balls right now!!! If that call had only come a year before we could have saved ourselves so much work and time and money that’s been spent. Of if that call had come even a few days ago we could have delayed movers coming to move us into a storage unit to then need to move twice back to back. Aye yai yai….