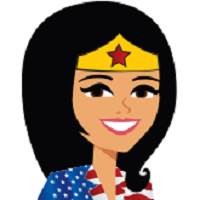 I am a 45 year old woman, a mother of two children, a soon to be Grandmother, a successful business person, an author, and a totally obsessed Wonder Woman fanatic! So you can imagine my delight when I received an invitation from Warner Brothers and DC Entertainment (thanks to the help of some incredible people!) to attend the Premiere of the Wonder Woman Movie in Hollywood last Thursday. To say I was ecstatic wouldn’t even begin to describe my mood. I was like a giddy little school girl on Christmas morning!  I was over the moon with excitement because I have waited my entire adult life for this movie to get made.

To say I went to great lengths to attend is an understatement. Getting there was a major undertaking because I was starting from a remote location I had driven 8 hours to the day before for another event. There were no big airports within several hours drive of me but when the invite came there was just no way I was going to let that stop me from getting to Hollywood for the premiere! No way indeed! So I scrambled to find someone at an airstrip that was 30 minutes away who could fly me in a small two person airplane to Burbank and wait to bring me back that night, so that meant taking a 30 minute drive to the small airstrip,  then a 2 ½ hour flight in a little plane to Burbank, then another 30 minute drive from that airstrip to the Premiere, then a 2 hour red carpet pre-event, and the 2 ½ hour movie, followed by a several hour VIP after party, followed by a 30 minute drive back to Burbank and then another 2 ½ hour flight and a 30 minute drive back. The total event took me over 16 hours and I didn’t get to bed until 3:30am… but it was totally worth every second!!!!

Especially because the first Star I ran into going into the Premiere was Lynda Carter herself, the Original Wonder Woman I grew up with and loved! She is absolutely beautiful and has not aged a bit! Running into her before the movie was the perfect way to start the evening for me. 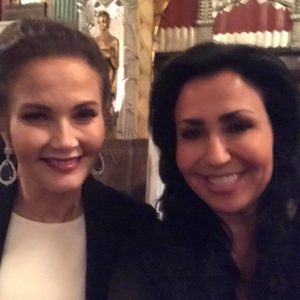 The movie was fabulous! Now because I am a parent and I’m very sensitive about what I allowed my own children to see I wanted to give a fair heads and remind parents that the movie is PG-13, not PG. To give clarity, there were no sex scenes shown in the movie (just one kissing scene where the screen goes dark and cuts to the next day). There was one conversation between Wonder Woman and Steve Trevor where the topic of sex is discussed briefly. There is also a scene where Chris Pine climbs out of a waterhole completely naked except he is using his hands to cover up his man parts.  As far as swearing goes I don’t recall there really being swearing in the movie or I didn’t notice it so I think it was safe on that front. There is definitely a lot of violence in the movie because it takes place during wartime and has several fight scenes. As far as age appropriateness goes I would say itt is along the same lines as seeing an Iron Man movie. So I wouldn’t recommend it for younger children for those reasons.

I won’t give away anything on the storyline but I will say they did a great job of setting it up for plenty more Wonder Woman movies to come (yay!). The movie had a lot of humor and tons of laugh out loud moments. There were also a lot of moments that showed great depth of character and I liked that a lot. Wonder Woman (Gal Gadot) is fantastic and so is Steve Trevor (Chris Pine).

At the after party I was able to get photos with Gal Gadot and Chris Pine. My daughter Ashley had given me very strict instructions that I was not to come home without a photo with Chris Pine so I let him know that and he was a sweetheart about it. 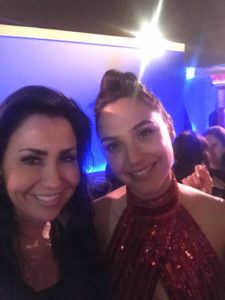 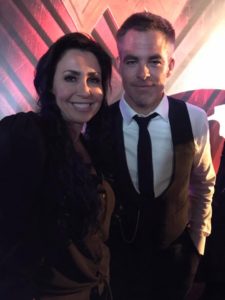 And leaving the party I was able to see Lynda Carter again and get another photo. I was also able to meet her daughter and son and I talked with daughter for a bit and was incredibly impressed at what an intelligent and lovely young lady she is, not to mention that she is beautiful just like her mother. Lynda was a Wonder Woman and she has raised a Wonder Woman. Perfect example of what all Mother’s should do in raising their own daughters to be Wonder Woman! 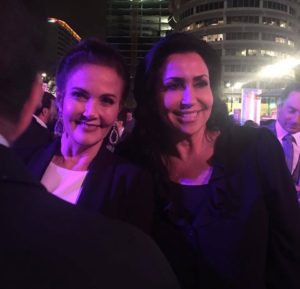 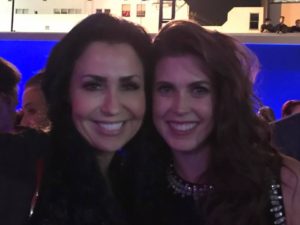 Even though I came home exhausted I was so grateful and appreciative that I was able to be a part of that experience. I have looked up to that 1970’s character Wonder Woman since I was a teeny tiny girl and I have been influenced greatly by her example, so meeting the OG Wonder Woman was a dream come true for me #lifegoal. I think that 1970’s portrayal was such a perfect example of all I see Wonder Woman’s character to be. Last Thursday was definitely a night I will forever remember!  Thanks again to all who made it happen. #WonderWomanForever