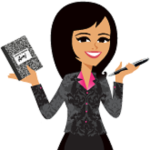 “If you’ve forgotten the language of gratitude, you’ll never be on speaking terms with happiness.”

Over the years there have been numerous studies conducted which have shown that the expression of gratitude has profound positive effects on our health and our moods.

One study performed by Robert Emmons, PhD and Mike McCullough randomly assigned participants one of three tasks. Each week they were asked to write in a journal at the end of each week. One group was to write about five things they were grateful for that had happened in their week. Another group was asked to write about their daily hassles from their week that displeased them. The final group was asked to write about five events or circumstances that affected them but they were not told to focus on the positive or negative. After doing the exercise for ten week the participants in the first group felt better about their lives as a whole and reported being 25% happier than the second group. They also reported fewer health complaints and exercised an average of 1 ½ hours more.

Later Emmons did another study in which he asked participants to write in a journal daily about things they felt grateful for. At the end of this study this group showed greater increases in gratitude than group one from the prior study. Not only had that but the participants in this study reported that their goodwill toward other people and the desire to serve others increased as well.

Expressing your gratitude daily in writing is a great way to make yourself and ultimately others happy. And it is so easy to do. It doesn’t have to be long – just type yourself a note on your cell phone notes app or write it in a journal each night before you go to bed.