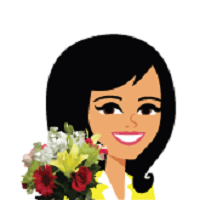 Last weekend marked the ten year anniversary of the unexpected passing of on of my best friends, Steve Gasser.  Ten years…I can hardly believe that its been ten years since I last got to see his smile and last heard his voice on the other end of the phone saying “Wazzzzzuuuuuppppp!”  I’d first met Steve when I was 17 years old and a freshman in college.  When I was a single Mom Steve was the man who’d show up in the middle of the night to help fix a flat tire, or to take my kids to get ice cream or go to a football game, and help my son with his scouting merit badges, and be my shoulder to cry on at the end of a bad day, and to talk and laugh about everything and nothing.   Steve was the person who got me to go on the trip where I met my husband Rollin and Steve was our witness at our wedding.  He and my husband became best friends as well and both of us were devastated the day we got the call that Steve had died suddenly while in a bike race in St. George.  Every detail of that fateful day ten years ago is seared into my mind forever…

But what is seared into my mind even deeper is the legacy that the life of Steve Gasser left behind and the impact he had on this world while he was alive.  Steve lived his life serving others. He was kind to everyone and he always left you feeling happier when you finished spending time with him than you felt when you arrived.  He loved his Heavenly Father and his Savior Jesus Christ with all of his heart and anyone who spent time with him recognized that without him having to say a word about it. Because he lived his life such that he reflected their image in his countenance and it literally radiated from his smile and his eyes.

A best friend was taken from my husband and I ten years ago, but I take comfort knowing that when Steve Gasser passed to the other side he went into heaven with a huge smile on his face saying “Wasssssuuuupppp!”  to the host of heavenly angels, his older brother Jesus Christ, and his Heavenly Father and Mother who were all rejoicing to have Steve back with them once again.

What I took away from that painful day ten years ago was this – when my time on this earth comes to an end I pray that the legacy I leave behind is as powerful an example of my love for my Heavenly Father and my Savior Jesus Christ as Steve Gasser’s was.     #lifegoal