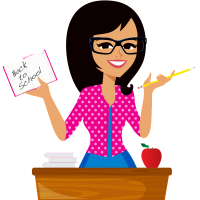 I often have people tell me how impressed they are with the character of my son and daughter, and that compliment is often followed with the question – how did you do it? How did you raise those kids to be such great people? Well as much as I would love to take credit for just how amazing my children are I have to admit that a big portion of who they are is the spirits they had when they were born into this world. And the biggest portion of how amazing they are goes to the good decisions they have chosen to make in their own lives. But if I were to try and share which of the things I tried to teach them had the biggest impact in their lives I would have to say it would be the following things::

I taught them to treat each other kind as brother and sister.  When my kids were little and one would call the other one a mean name I used to make them stop immediately and say three nice things about their sibling to their sibling.  They had to be three genuine compliments and they couldn’t be the same ones they had given before.  If they were not sincere or original they would have to give three more nice things.  Then they had to give each other a hug. I can’t tell you how much they hated having to do this exercise at first, but as time went on they began complimenting each other more and more, and sometimes it was even complimented one another when they weren’t even in trouble.  It was amazing to notice the face of the child getting the genuine compliment said about them – they would light up like there was no tomorrow.  I started to privately point out to the other sibling how important their compliments were to their sibling’s self-esteem and what a positive impact they had on their sibling by sharing these compliments.  As they grew they literally became one another’s best friend in life. Their friendship and adoration for one another as siblings is apparent to everyone they come in contact with.  I truly believe that the exercise of cutting off any mean spirited things kids do to each other and forcing it to be replaced with positive compliments to their sibling played a big role in helping to build the friendship they have today.

I taught them that when they make a mistake they can fix it.  I taught them that the best way to fix a mistake is to be honest about making the mistake, take responsibility for it, do what you can to fix it, and then figure out what steps they need to take to make sure they don’t make that same mistake again.

I taught my kids the power of positive thinking and how to keep themselves surrounded with positive things and positive people.  I taught them that it is as easy to smile as it is to frown, but you look so much cuter with a smile so why not do that instead?

I taught them to love others and to recognize the good in others.  Everyone has something good about them, so look for it.  Don’t judge others too harshly – you haven’t walked in their shoes.

I taught them to believe in themselves.  Really believe in themselves, because its not really about them at all, its about what they can do with the life God gave to them and how they can touch other people’s lives with whatever gifts He has given them.  I taught them that all they need to do to feel good about themselves is to live their lives each day in a way that when they get down on their knees at night to say their prayers that they can be proud to tell Heavenly Father that they did their best.

As I think back to all the things I taught my children by far the most important thing I ever taught them is to have faith in their Heavenly Father.  That has been the one constant in their lives and that foundation of faith has seen them through many hard times.

As any mother would, I have done my best to teach my children the things that I believe will help them to be successful people in their lives. And I tried to remember that the best way to teach my children as to live my words.  As a parent, nothing speaks louder to our children then the example we set for them each day of our lives.  We all need to be the example to our children of the person we want them to be. But truth be told, it is really my two children who have taught me, so much so that it is humbling to be their mother.  Being their mother is the great privilege of my life. I am fairly certain my two children have far surpassed the person that I am and now it is I who is looking up to their example…I can only hope to be as incredible a person as they are.