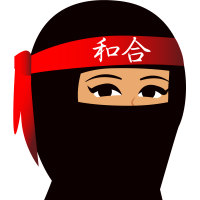 I’m a firm believer in competing against our own best selves over trying to compete with other people.  That being said, I am all about having fun friendly competitions once in awhile because they are just a great way to motivate yourself.  Growing up as a middle child in a family with ten children it was like a version of the Hunger Games every night as we sat down to our dinner table. The competition for which child was going to get the biggest slice of Totino’s pizza on Friday nights started as the blessing being said for the food began. If my parents had ever opened their eyes during one of those prayers they would have seen their children each with one eye open staring each other down as each licked their fingers and touched a slice of pizza on the tray for all of the other siblings to see that they were first to mark claim on the slices that would be theirs once the prayer was done. The desire to get our fair share of pizza in this dinnertime competition was total motivation to work on developing some mad ninja skills in order to beat the other siblings in the race to claim a slice.

Whether it was playing board games, or card games, kick-the-can out in the yard, we were always competing with one another. I remember on Sundays when church got out some of us would ride home from church with Dad in his car and the rest of us would ride home with Mom in her car, both screaming and yelling all the way home that we had to beat the other car home so we could have the bragging rights of yelling “We bate, we bate…” (hey we were little kids so let’s get judgey about our poor grammar 🙂 ).  There was never any feelings of malice toward one another in those Sunday competitions – they were something we looked forward to and it was exciting and fun to be a part of our Sunday “race” home. And the winning team would always do a little happy dance while the losing team would roll their eyes and start smack talking about how they were going to win next week’s race home.

For example, every time I play Chess with my husband and win, and every time I play Scrabble with my friend Shani or my friend Spence and win (it would be more accurate to say I actually destroy them at Scrabble…tee hee….), and every time I win at Cover Your Assets card game against my sister-in-law Michele, and every time my BYU sports teams win games against my little brother Andy’s alma mater’s sports teams – it’s just so much fun!  Frankly beating my little brother Andy at any game is fun because he is the king smack talker before/during/after every game, so whenever you win a competition against him its like an extra dose of FUN!

Take the other night, I sat down to play  the Xbox video game Call of Duty against my son and my husband and for the first time ever, I WON!!! And it was SO MUCH FUN!!!  You have to know that I am always the loser at that game so watching my son’s face when he saw I had actually beat him by winning the game was just a glorious moment for me!  I was SO excited I even took out my iphone to capture a photo of the TV screen that showed my winning score above his and I can’t wait to text that photo to him every few days for the foreseeable future just to remind him that “I BATE! I BATE!”

If you need a little motivation in life then start a few friendly competitions with other people. Challenge each other to try and achieve something awesome. And either come up with a prize they can win or offer up bragging rights to the top performer as a way to generate more excitement around it. Then put your whole effort into preparing and getting ready for it, then add some lighthearted smack talking (the positive kind) and know that win or lose you still be coming out ahead because you’ll have motivated yourself to do more and work harder at improving….and best of all you’ll have experienced joy and fun along the way.