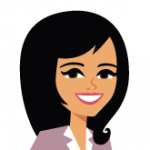 Two of my favorite Christmas movies of all time are “It’s a Wonderful Life” starring Jimmy Stewart, and “Mr. Krueger’s Christmas” which also stars Jimmy Stewart. Mr. Krueger’s Christmas first aired on December 21, 1980 – 35 years ago to the day tomorrow! I was only 9 years old when I saw it for the first time and I still remember exactly the way I felt the first time I saw it. It had such a profound impact on me because the message was so incredible in the film. It immediately became my favorite.

It is a really short movie – it’s only 24 minutes total, but in that 24 minutes it captures the entire spirit of everything that Christmas should be. It is the story of Willy Krueger, a widowed custodian of an apartment building who lives with his cat George. He often has daydreams to try and escape from his lonely life. The movie shares an experience he has on Christmas Eve and that’s all I want to tell you because you have to watch it for yourself to see what happens!

Jimmy Stewart plays his role as Mr. Krueger flawlessly, and there is one scene in the movie that I think is the best scene ever done by Jimmy Stewart in any of his movies – it was such a powerful scene that when they went to shoot the actual scene Jimmy Stewart asked them to clear the room of anyone that didn’t absolutely have to stay and he told the Director he wanted to only do one take of this particular scene because it was all he had in him as it was such an emotional scene. As the story goes when they finished the scene a camera man was asked if he was able to get the shot and he answered that he wasn’t sure if he had or not because he started to cry during the scene and couldn’t tell if the camera got it or not. It is a truly powerful scene and it is one that says more about what this season should truly be about than anything. Here is the short 3 minute scene I am referring to where Jimmy is setting up his nativity scene in his house and he daydreams he is actually at the nativity – you have to see it to understand how moving it is:

What touched me most about that scene is how quickly his character recognizes the Christ-child and refers to him as his closest and finest friend. He expresses his gratitude for the fact he could always count on the Savior to be right by his side throughout his life, especially during his toughest times.  He realizes that because the Savior loves him he can always hold his head high in life.  I LOVE LOVE LOVE THAT!

The truth is that you really need to take the time to watch the full 24 minutes of the movie. It will make you laugh, then cry, then laugh and smile again. You will walk away from it so uplifted and happy and in the perfect spirit of Christmas.

I am including the full movie here if you want to watch it online – It will be the most worthwhile thing you do with your entire day today if you watch it – I truly mean that. It is the perfect way to start your week off this week of Christmas: