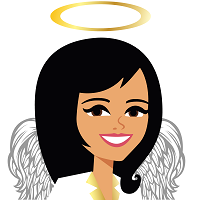 “Music is well said to be the speech of Angels.” –Thomas Carlyle

I love music. I have always felt that music is the most powerful way to touch a person’s spirit. It surpasses all language barriers and it can go right to the heart and soul. And without a doubt, songs of praise do that more powerfully than any other type of music can.

This weekend I was blessed to be able to take some dear friends to attend a very special Christmas Concert. This particular concert is one I look forward to all year long and it means the most to me because it is always what brings the spirit of Christmas into my heart each year and it always makes me feel like Christmastime is really here.

The concert is the Mormon Tabernacle Choir Annual Christmas Concert. For those of you not familiar with who that is (which would be surprising if someone hadn’t at least heard of them!), the Mormon Tabernacle Choir was formed back in the mid 19th century. They have won Grammy’s and Emmy’s and they have the longest running radio broadcast in the world called “Music and the Spoken Word.” The choir has 360 members and their orchestra has 110 members and all of them are UNPAID volunteers! No joke!  And they practice for five or more hours every week as well as going on tour all over the world. They are considered an American Icon. Some people refer to them as America’s Choir and they have performed all across the country as well as at many Presidential Inaugurations. They are truly an incredible choir!

Every year this Christmas concert is performed for three nights in a row each at the massive Conference Center in December. The tickets to the concert are given away for free but getting a ticket is really difficult because so many people request the tickets that they run out within a few hours.  The conference center where they hold the concert holds 21,000 people per night so in three nights over 63,000 people will get to attend, but literally hundreds of thousands of people request tickets each year and only a small number actually get to attend in person. Everyone else has to wait to watch the concert on their PBS broadcast each year.

Because this year’s recording isn’t yet I will share a video of one of the closing songs they do each year. This particular year they had guest singer Sissel performing with them and it was absolutely amazing. This also shows you the unbelievable conference center they perform in with the increidbble pipe organ.  This shows the final song of the concert Angels From The Realms Of Glory:

You cannot imagine how excited I was when one of my very favorite male singers of all time, Jordan Smith, the winner of NBC’s TV reality show The Voice, released his new Christmas Album and I found out he sings the song O Holy Night WITH the Mormon Tabernacle Choir on the album!!! WHAT!?!?  It was like a Christmas miracle!! My two favorites singing together!  When I heard this rendition it immediately became my very favorite version of this song EVER. I am crossing my fingers that Jordan Smith will be next year’s guest singer for the Mormon Tabernacle Christmas Concert!!! Wouldn’t that be AMAZING!  You have to listen to this song and make sure and crank the volume all the way up when the choir joins in the song…it is UNREAL!!!

I am grateful I was able to attend the concert this year and I am already looking forward to next year’s performance!  If anyone involved with the Tabernacle Choir is reading this blog PLEASE get Jordan Smith booked to be the guest singer for next year’s Motab Christmas concert!!!  PLLLLEEEAAAASSSEEEE  🙂

If any of you reading this ever want to attend one of the Mormon Tabernacle Choir’s free concert events you can find their schedule at this link:  https://www.mormontabernaclechoir.org/events.html

Have an amazing day everyone and make sure and blast that version of O Holy Night in your car!  And unroll your windows so the world can enjoy it with you!  Their music truly is the speech of Angels…