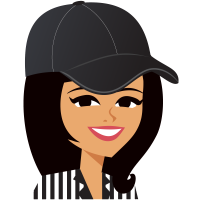 When I was young I used to get frustrated that my Father always saw everything as black and white – there was never any grey as far as he was concerned. As a little kid I would always try to explain to him why the grey sometimes existed and without fail I would end up losing those fights because he was adamant that things are black and white. As a teenager I always blamed it on his FBI career, thinking it made him too rigid…but then I grew up a few more years and transitioned from teenager to adulthood and with each year that would pass I would learn more and more just how right my Father had always been.

When it comes to Right and Wrong, things are black and white. Sure we try to make them grey by saying things like, “Ya, but….” or, “except in this situation because….” or, “but this is different because….” but none of those arguments are valid. They are excuses, lies, and justifications we tell ourselves and others in order to feel justified to do something that deep down we know is wrong.

If you force yourself to step back and drop any selfish motivations or self-serving intentions you have about a situation you will find it is impossible to pretend that grey exists. Instead, you will clearly distinguish the wrong from the right and you will begin to recognize that – when you keep selfish or self-serving motives in the mix as you are making decisions on right and wrong, all you are really doing is calling grey the new black.

As difficult as it may be to force yourself to figure out the black from the white, it can be just as difficult to stand up for it, especially in those moments where you might find yourself standing alone. No one enjoys being the odd person out in any situation, and especially one where others seem to all be comfortable in the black except for you. It’s in those very moments where you show what your true character really is, both to yourself and to others. A person who stand for what’s right, even if they have to do it alone, is a person that can go to bed every night feeling good about who they are.

It’s important to remember that standing up for what is right doesn’t entail being rude or unkind or disrespectful to anyone else, ever. It means speaking and living truth in a respectful manner toward all.

I would guess we have all faced situations where we found ourselves in a group having to stand up alone for something we knew to be right. At times we have probably found ourselves standing up alone in a room of people who have decided to accept grey as their new black – when that happens, we need to recognize that this group isn’t one we want to associate with any further.  At other times, we have hopefully found that others in the group have been willing to stand up with us once we had stood up first. In those times, we should deeply appreciate those people who were willing to stand up alongside us for those are the people we should continue to associate with in life.

Choose the right!  (…and thanks Dad for your example!)