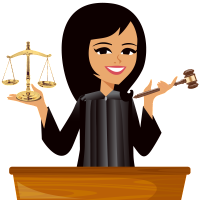 When my husband and I were building our home years ago we got into a debate (some may even think of it as an argument, but debate sounds less negative 🙂 ) while picking out which doorknobs  to have on all the doors – he wanted the heavy duty expensive ones and I was thinking we could do with the less expensive ones in order to put more of the budget toward more noticeable things such as sparkly chandeliers. We went back and forth on the issue – I would express my reason for wanting the less expensive one and he would simply say he disagreed without giving any reason. I was getting more and more frustrated about it.

Finally after debating back and forth for some time my husband finally threw down a reason, “Look, the doorknobs are the only part of the structure of the home that you physically interact with.” Hmmm…he had a solid point…and it was a point I hadn’t even thought of.  Yet, once he said it I had nothing I could come back with that would trump his reasoning…so, yeah, we ended up with the nicer doorknobs and I have loved them ever since. All I needed was to hear a reason that trumped mine.

If you want to win someone else over on a decision you have to give them a sound reason that they can recognize trumps their own. Don’t just disagree – tell them why you think it should be the way you are asking it to be. Dig deep because it needs to be a legitimate reason that helps them see your way is the better way. You have to really figure out why you are fighting for what you are fighting for…what is the real reason you feel so strongly about it? Then share that reason in a way that won’t put them on the defensive. Share it in a way that allows them to agree that your reasoning trumps theirs.