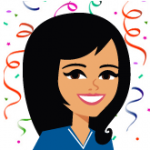 Today I was invited to attend the Credit Suisse Entrepreneurs Conference being held at the Sundance Resort.  For our dinner tonight Tony Hseih, CEO of Zappos.com spoke to us.  Years ago I read Tony’s book “Delivering Happiness” which, by the way, is an excellent book and a must read for entrepreneurs and leaders.  His understanding of the importance of culture to a company is something I appreciate tremendously.  As a CEO I learned that nothing was as important to our company’s success as the culture.

Tony shared with us his newest project – the Downtown Project.  His project is a for-profit venture that will create a ROI (return on investment) by first creating a ROC (return on community).    Tony based his project on the teachings found in the book by Harvard Economics Professor Edward Glaeser’s called “Triumph of the City.”  Edward’s book suggests that when people live and in close proximity to one another, the opportunities to interact serendipitously increase, which increases the sharing of knowledge, ideas and improves productivity. It goes on to say that a city residential density of at least 100 people per acre combined with ground-level gathering places such as cafes, interesting small businesses, and public gathering spaces will increase economic output and community happiness.   So Tony is putting the theory to the test by taking $350 million dollars and investing into real estate development, residential development, small business, education and a fund for start-ups that will locate in downtown Vegas.  His goal is to transform Downtown Las Vegas into the most community focused large city in the world.  He wants to create a community where people live, work, play, and run into each other as much as possible in what he calls “collisions” where there will be numerous interactions that lead to idea sharing, innovation, increased productivity, and ultimately increased happiness for the entire community.   The belief is that by focusing on the goal of creating a happier community money will ultimately follow, but the focus isn’t the money, it’s the happiness.

Like Tony, I have always believed that the best way to create wealth isn’t to pursue money – it’s to pursue your passion and the money will follow.   I have seen that firsthand in my own life.  People are motivated and inspired beyond themselves when they are working for a higher cause – a greater purpose, and when they are driven toward achieving that purpose they perform better, they are more inclusive and collaborative, and they feel happier.  All of which work toward creating ultimate wealth of spirit, which inevitably leads to better financial results.

On the contrary, the moment someone becomes all about the money itself, their motivations turn selfish and self-serving and they kill any spirit of collaboration and instead become competitive (if you win I lose and vice versa), which ultimately leads to loneliness and isolation and a myriad of other personality issues.

I am really proud of Tony’s example.  He has made a tremendous amount of money and if he wanted to he could sit back and do nothing but spend his wealth doing silly things.  But instead of doing that he is looking for ways to make the world a better place, starting with his own community.  He is focused entirely on helping others around him.  His goals are massive and his drive and passion are contagious.   Thank you Tony for setting that example.   Now it’s up to all of us to follow suit and get out there and make the world a better place by making everyone HAPPY!

Have a great weekend all!