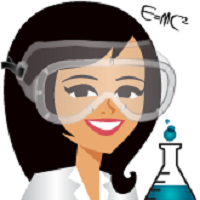 In an article written last year by Shanna Lebowitz for Business Insider she discussed 8 traits that research has shown that highly intelligent people tend to have in common:

They learn to work around problems and find solutions when complications arise.

2. They understand how much they don’t know

They aren’t afraid to admit they don’t know something and they aren’t afraid to dig in and learn about things. They understand that being smart isn’t about how much someone knows, its about being capable of learning new things and making the effort to do so.

3. They have insatiable curiosity

They love to learn the how and why and what about things. They are always looking to learn more.

They love hearing new ideas and they don’t see new information as a threat to their existing intelligence, rather they see it as an opportunity to expand their knowledge. That being said they are also careful to really know their facts before making judgment calls on which new information to accept as valid and which to dismiss.

6. They have high self-control

They are goal oriented. They are willing to work for their reward. They are able to put off what they want today in order to gain something more important later on.

They have a good sense of humor.

8. They’re sensitive to other people’s experiences

They care about other people emotions and feelings and have an awareness of other’s needs.

Given those are traits shared by most truly intelligent people, it stands to reason that if one desires becoming highly intelligent then developing those traits is a great way to achieve that.