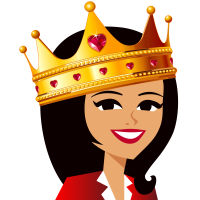 Last week my husband and I flew to London with a group of 108 of our friends from Utah who serve on the Hale Centre Theater Board with us.  It was a whirlwind of a trip packed with back to back events from the moment our plane took off last Tuesday until we touched back down here in Salt Lake City this afternoon (Sunday).

We went to several theater productions during the week including Aladdin, School of Rock, and Motown the Musical. We also did a backstage tour of the Royal National Theatre which was really fascinating. That theater has three different stages with multiple plays going at the same time and they built all their own sets and props in their massive onsite workshop. It was really educational to learn how their sets are designed and built and to learn all the different jobs that go into making the productions come to life. We then took a trip down to visit Stratford-upon-Avon where William Shakespeare was born. It was fun to see his home and I was surprised to learn that PT Barnum (the Greatest Showman) had tried to buy Shakespeare’s home at one point so he could relocate it to the U.S. but Charles Dickens stepped in and bought it in order to keep it in England.  Then we were off to the University of Oxford to tour the campus and learn more about the history of this amazing University. What an incredible campus it was!  And our final day we had brunch at Parliament with Baroness Emma Nicholson at the House of Parliament. Baroness Nicholson is a member of Britain’s Upper Chamber of Parliament, the House of Lords, and the Founder and Chairman of the Amar Foundation.

We were literally going non-stop on the trip and between the packed schedule of activities and the jet lag I am definitely ready to get a good night’s sleep tonight. It was an amazing trip and we saw many incredible things, but the part that was the absolute highlight of the trip was just being with this group of amazing people we’d traveled with. Isn’t it interesting that we went so far away to such a beautiful place with so many incredible sites and yet the true highlight of the trip was spending time talking with these people we went on the trip with…the very same group of people we could actually see by driving just a few minutes from our home at any given time, but it took traveling 5,000 miles from home to remember to appreciate what’s less than 50 miles away…our associations with each other!

Make time to go spend with friends. Whether you travel 5,000 miles away together or you drive five minutes to go to dinner together, its always worth the time to bond with great people and further build your friendships.

Fun pics from the trip: