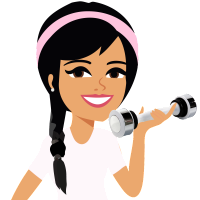 We were all born with our own unique challenges. Some physical, some mental, some circumstantial. Some all of the above.  But those challenges we were born with were never meant to hold us back, in fact, they were meant to help us become strong in the areas we would most need to be in order to achieve our greatest success.

In an article written by Elizabeth Street titled 5 Ways Successful People Overcome Major Obstacles she states, “There are countless examples of people who have reached unparalleled success despite significant challenges in their lives. In fact, it could be that those very limitations propelled them to strive for heights they may not have reached otherwise.” She goes on state that the next time we “are tempted to give up in the face of a formidable obstacle”, we consider that:

*Benjamin Franklin couldn’t afford to attend school after he turned 10;

*Oprah Winfrey was abused as a child and ran away from home at age 13;

*Franklin D. Roosevelt lost the use of his legs to polio before becoming president;

*Vincent van Gogh is believed to have suffered from bipolar disorder;

*Helen Keller became deaf and blind when she was 18 months old;

*Ludwig van Beethoven suffered from tinnitus and a gradual loss of hearing;

*Winston Churchill may have had dyslexia (some dispute this), and suffered emotional instability;

She suggests that, “Many of these accomplished people would likely say they gained useful character traits as a result of a particular challenge, which ultimately aided them in their success.”

I definitely agree with that. I know that overcoming my own challenges is what helped me to become the person I needed to be, and it is what continues to help me succeed in my life. I believe God gave each of us our own challenges to overcome so that we could become strong in exactly the ways that we needed to be to achieve our greatest success. I also think He gave them to us in order to help us become humble through our need to seek out His help as well as the help of others, as well as to remind us to be more compassionate toward one another as we recognize that each of us are dealing with challenges of our own.

Don’t ever let your challenges stop you, remember they were meant to make you strong in exactly the areas you need to be!