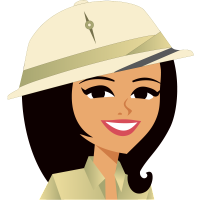 ”You know, sometimes all you need is twenty seconds of insane courage. Just literally twenty seconds of just embarrassing bravery. And I promise you, something great will come of it.” – Benjamin Mee in movie We Bought A Zoo

I was taking the long five hour flight back from New York City to Salt Lake yesterday when just after takeoff the stewardess announced that the wifi wasn’t working.  There wasn’t much else I could do but pick a movie to watch and enjoy the downtime. As I scrolled through the list of films offered I came across “We Bought A Zoo”.  I remembered that title from several years ago when my daughter saw the movie and loved it because of the message shared in my opening quote of today’s blog.

If you haven’t seen the movie before I highly recommend seeing it. It’s a feel good movie that’s based on a true story of a man whose wife died so he and his two kids are trying to move forward with rebuilding their lives. The message of the movie is about having the courage to follow your heart and just go for it, even when you are terrified to do so. The Dad shares with his kids that having a moment of insane courage is how he met his wife. That’s what led to his two amazing children coming into his life. And it was the Dad having insane courage that led him to leave a secure job to go and buy a broken down zoo that allowed him and his kids to create something incredible, it helped them rebuild their family, and led the Dad to be able to find love again. None of those things would have happened without the Dad having many moments of insane courage.

After the movie ended I thought about the joy and happiness that came to this family because they chose to have courage and didn’t let their fears and insecurities or heartaches stop them. I thought about how it was their moving forward that led them to a place of incredible joy and happiness. I also couldn’t stop thinking about how if they hadn’t moved forward they’d have missed out on all of that joy.  That’s when it hit me – the thought of them missing out on that joy was far more terrifying to think about then the courage it took them to move ahead in the first place! And it struck me that perhaps we ought to think more about that when we have our own fears or heartaches or insecurities – perhaps we ought to consider it would be far MORE terrifying for us NOT to move forward, because by not moving forward, we’re going to miss out on that immense joy and happiness that could have been ours!

Maybe we don’t actually need insane courage – maybe we just need to recognize that in standing still we might actually lose the most!  Life is meant to be lived in forward motion. It’s meant to be a series of tries and fails and picking ourselves up and continuing to try again. We are meant to move past our heartaches and overcome our insecurities. We are meant to move ahead. That is what’s going to lead us to joy and happiness.