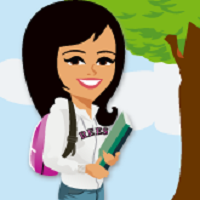 “Was it a bad day? Or was it a bad five minutes you milked all day.”  – unknown

Boy that question really hits ya doesn’t it?  Because we’ve all done that before – we’ve had something bad happen during our day and we then allowed it to become the focus of the rest of our day. We wallowed in our misery making ourselves believe we were justified for doing so.

I fully admit I’ve milked five bad minutes for the entire day a time or two…or three… Let’s get real here – we’ve all done it!  And answering that question “Was it a bad day? Or was it a bad five minutes you milked all day?” totally forces us to take a look at how often we actually tend to do that.

Rather than using our milk to wallow in misery, I say we use our milk to dunk cookies into….mmmm ya gotta love soggy cookies…plus they’re far more satisfying  🙂