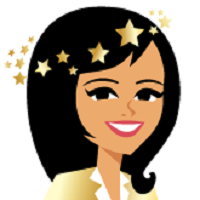 One of the greatest stories of all time is the story of the Sneetches by Dr. Seuss.  In this story we read about these creatures called Sneetches. There were two groups of Sneetches, one group had stars on their bellies and the other group had plain bellies without any stars.  The Star Belly Sneetches were very proud and they considered themselves better than the Plain Belly Sneetches.  The Star Belly Sneetches would walk by the Plain Belly Sneetches without saying a word to them.  Then one day a scam artist came to town named Sylvester McMonkey McBean.  He observed the dynamic going on between the two groups of Sneetches and he realized that he could take advantage of this dynamic.  So Sylvester McMonkey McBean came to the beach with his “Star Belly On” and “Star Belly Off” machine.

Sylvester McMonkey McBean gathered the Plain Belly Sneetches together and told them that his machine could put a star on all of their bellies making them just as good as those Star Belly Sneetches.  And he gladly took their money and put them through his machine.

When the Star Belly Sneetches heard that the Plain Belly Sneetches had gotten stars too they were furious! So Sylvester McMonkey McBean played on their egos and said that since they were better than that other group they should all get their stars taken off their bellies in order to be different again. Then he gladly took their money to remove their stars using his Star Off machine. And so all those Sneetches who originally had stars on their bellies had their stars taken off.

News of this clearly upset the Plain Bellies that had paid to get their stars put on and so this process went back and forth of stars getting put on and stars being taken off until suddenly the Sneetches found themselves with no money left to go through the machine.  And in all the confusion of Stars on and Stars off they no longer knew who was who anymore…so the Sneetches started to respect one another as equals…stars or no stars…

Throughout my life I have seen people who consider themselves the Star Bellies, looking down their noses at others and considering themselves to be ‘better than’.  I have also seen those who feel they are Plain Bellies who want desperately to be part of that ‘better than’ crowd to the point they are willing to give up everything they have to be included.

I have seen individuals, and even entire companies, implode from within because of an atmosphere of pride, ego, politics, infighting, and people who want to get ahead at any cost. I have seen individuals trade everything that matters, including their own integrity, all for the sake of fitting in or standing out.

Sadly, both groups will eventually discover that, in fact, there is no “better than” crowd – there isn’t any person who is of greater importance than any other person. Yes, there may be many differences in people’s circumstances or responsibilities or titles, or even talents, but despite those differences we are all 100% equal because at the end of the day every one of us comes into this life with the very same inherited ability to achieve divine greatness if we choose to. Thus, making us equals in the only way that truly matters.

The moral of the story of the Sneetches: Never treat others as if they are less than you because they aren’t. We are all equally important in this world. And never measure yourself against anyone else. Only measure yourself against the very best version of you that is possible. And always, and I do mean always, avoid the Sylvester McMonkey McBean types in this world…they are nothin but trouble and you have better things to do!

Have a happy day!