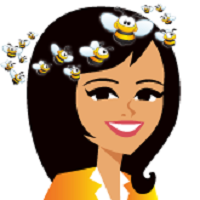 We live in a world where the options seem to be endless, but instead of making life easier, sometimes that make our lives more difficult. For example – when someone asks you where you want to go to lunch it isn’t just a choice of hamburgers or pizza….noooooo…there are literally hundreds of places to eat lunch to choose from and in our minds it ends up causing us to struggle thinking, “If I select A what if B would have been better?…Am I missing out by not going to B instead? Or will I be missing out if I don’t go to A”….and don’t even get me started on the number of soda flavors in the vending machine…there are like 500 options now to choose from!….what do we choose??…#IDONTKNOW….there are just so many options!!

I use food as the easy example but the fact is the examples only get harder from there. There is the choice of what to do on a Friday night – what event do I go to and what event do I miss? And what do you major in at college…by picking one you are cutting out so many other majors… And what job do you accept…And what house do you buy…And the options of choices just keep coming and coming and coming and every time you are supposed to make a choice you struggle because choosing one thing eliminates five other things and what if one of those was a better option??? Arrrggghhh! So we find ourselves struggling to choose – not because it’s hard to make a decision but because we can allow ourselves to have all this fear that by choosing one thing we eliminate other things…

It’s a form of F.O.M.O. – Fear Of Missing Out. And I have definitely been guilty of feeling that at times – I get so worry that I will miss out on something meaningful that I end up saying yes to tons of things because I am not sure which ones I will end up valuing the most.

But lately I have realized that the best way to get over F.O.M.O. is to replace it with F.O.A.N – Fear Of Accomplishing Nothing! You see by trying to do everything all the time so you don’t miss out, what you are actually doing is limiting yourself from being able to accomplish something truly great.

“Know that what appears today to be a sacrifice, will prove instead to be the greatest investment you’ll ever make.”

You gotta determine what your ultimate goals are in life – then you have to focus on those, putting FOMO aside and replacing it with a healthy dose of FOAN. Make the sacrifices now so you can achieve your greatest success later 🙂

Have a fantastic weekend everyone!