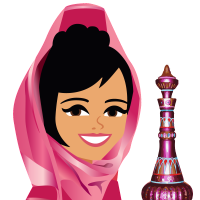 There is no question that as a woman when you ask a man what he is thinking and he responds, “Nothing” it seems like an impossible answer. How in the world could he actually be thinking about nothing??

I still remember back when I was single I had been riding in the passenger seat of a guy I was dating’s car. We had been driving along for about thirty minutes in total silence when I finally couldn’t take it anymore and I asked him what he was thinking about? He responded, “Nothing”.  I told him that couldn’t possibly be true? How could anyone think of absolutely nothing for thirty minutes like that?  For heavens sake, in the same thirty minutes I had thought through everything from the laundry I needed to get done still to how we could find a solution for world peace!…how could he have been thinking about nothing at all?  I asked him again, “No seriously, what are you really thinking about.” He pushed back for several more minutes, telling me he really wasn’t thinking of anything at all.  Finally, after it became clear I wasn’t going to just drop it, he exclaimed, “Fine, you want to know what I’ve been thinking about? I’ve been thinking that the Toyota symbol on the back of the car in front of us reminds me of a guy wearing a cowboy hat.”  And with that….lesson learned…

This one minute video is hilarious….so perfectly illustrates what I am talking about…watch their facial expressions as well – they say it all 🙂

Hope that started your week out with a SMILE!