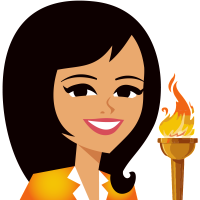 If you were to take a poll of what it takes to become a genuinely powerful person you would likely get answers such as: holding a high level position, or having a lot of money, or having a large social media following, etc. But all of those answers would be wrong…

Genuine power isn’t dependent on a title or position or money or followers. Genuine power comes from the ability to influence others through the respect and love they hold for you – that is what gives a person genuine power. Genuine power can’t be demanded or bought, it must be earned through good and respectable behavior and it must be maintained through continually acting with integrity and love.  When someone does that they have true and genuine power and with that they can change the world forever.

When we look back at history to those people who truly changed the world for the better it was those people who had genuine power that was earned by their good character. It was people like Mother Theresa and Gandhi, and Martin Luther King Jr. and so many others who acted selflessly and with love and kindness to everyone around them and who lived their lives with integrity. Their influence was incredible, not just during their lifetime but well beyond. It wasn’t just for a finite period of time – their influence is infinite. ..

Have a beautiful day everyone!