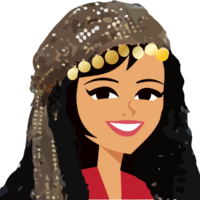 “I don’t know how”, therefore, we avoid doing it.  The question is whether we genuinely don’t know how, or is it that we think we might know how but we’re afraid we won’t be good at it?  And the reason not being good at it matters is we’re afraid to look silly in front of others?

What are you really afraid of is an interesting question to consider, because often times we do have knowledge or at least an idea of how to do something, but our fear of not being good enough at it and/or our fear of looking dumb in front of others is really what ends us holding us back from attempting it.

The best way to tackle most fears is to simply change the way you frame things to yourself.

For example, many people fear public speaking – but what’s their real fear?  Most likely it’s not the speaking itself you’re afraid of since you speak every day in normal life. The real fear is that if you aren’t good at public speaking the people in the audience will judge you or laugh at you or think less of you – you fear you can’t control the outcome because you know you can’t control what other people will think.

But what if you tell yourself that the aim of the speech isn’t to be seen as a great public speaker but rather your aim will be to be completely authentic in whatever speech you give?  You see, you can control 100% if you’re authentic during your speech and if you make that the goal of the talk you now can control the outcome – thus, no more reason to be afraid.