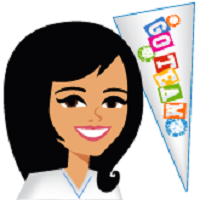 Seth Godin has said, “It’s not really a search for talent. It’s a search for attitude. There are a few jobs where straight up skills are all we ask for. Perhaps in the first violinist in a string quartet. But in fact, even there, what actually separates winners from losers isn’t talent, it’s attitude…An organization filled with honest, motivated, connected, eager, learning, experimenting, ethical and driven people will always defeat the one that merely has talent. Every time.”

I have hired a lot of employees over all my years of running companies and over those years I learned that the one thing I could not overlook the importance of was a person’s attitude. Someone could have all the talent in the world, but if their attitude wasn’t good they were never going to last, and they certainly weren’t going to help us win as an organization.

In a Business Day article written by Tajudeen Ahmed called Choosing Between Talent And Attitude he shares:  “According to Leadership IQ, a tracking of 20,000 new hires over a three-year period showed that, within the first eighteen months, someone was a bad hire for attitudinal reasons 89% of the time. Broken down into the five top groups, 26% failed due to coachability (ability to accept and implement feedback from bosses, colleagues, customers, etc), 23% failure was due to emotional intelligence (ability to understand and manage one’s emotions and accurately access others’ emotions), 17% was for motivation (sufficient drive to achieve one’s full potential and excel in the job), temperament (attitude and personality suited to the particular job and work environment) accounted for 15%, and technical competence, which is essentially functional or technical skills required to do the job, accounted for the lowest score- 11%. From the foregoing, it was overwhelmingly shown that attitudinal issues accounted for mis-hires (poor hires, low performers) across organizations.”

For those who wonder if they are good enough, or talented enough, or experienced enough – remember this –