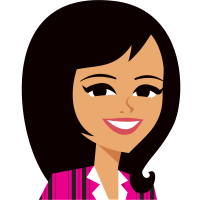 Here is an interesting story I came across:

A letter was found in a baking powder can wired to the handle of an old pump that offered the only hope of drinking water in a very long, seldom-used trail across the Armagosa Desert. The letter read:

“This pump was all right as of June 1932. I put a new sucker washer into it, and it ought to last for five years. But the washer dries out, and the pump has got to be primed. Under the white rock I buried a bottle of water—out of the sun and cork end up. There is enough water in it to prime the pump, but not if you drink some first. Pour out about one-fourth and let ’er soak to wet the leather. Then pour in the rest medium-fast and pump like crazy! You’ll git water; the well has never run dry. Have faith! When you git watered up, fill the bottle and put it back like you found it for the next feller.”

P.S. Don’t go drinking up the water first. Prime the pump with it, and you’ll git all you can hold.

Hmmm…right?! What would you do?? I mean you have to imagine that it’s you in that situation and you were completely dehydrated to the point you literally had to crawl to get to what appeared to be the only water source for miles to go. And then you read that letter…can you imagine the test that would be??!! I mean, do you take the sure thing and drink that bottle of water hidden under the white rock knowing that by doing so you are leaving nothing for any of those people who might follow down this trail in the future? Or do you have faith that by following the instructions in the letter you can prime the pump and then get your water but then also leave enough water to take care of anyone who follows behind on this trail?

I hope we would always choose to have faith and make the choice that will benefit all those who follow behind us in life. Because at the end of the day even if the instructions in the letter didn’t work we could be at peace knowing we chose to care more about others than we did about ourselves. Plus I think the eternal blessings that come with that choice will always provide us the greatest return on investment… 🙂