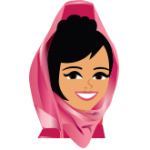 Tonight I went to a family reunion over at the Draper park where my aunts and uncles and cousins gathered together for a picnic. It was so fun to spend time with extended family. We sat and heard stories of my great grandparents and other ancestors and it was a lot of fun. Then I was able to sit and talk with someone who is really special in my life. Today’s tweet will share a really cool experience that explains how my career as an entrepreneur began. It involves me at the age of 23 and my favorite Uncle…

Yes I have one particular uncle who is my “favorite uncle” as I would guess many people may have in their own life. He is the uncle that, from the time I was a little girl, believed in me. He would always tell me that I was amazing and that I could do anything I set my mind to. He was the cool uncle who when I would come to visit him up in Salt Lake while I was attending BYU would always make sure my car had enough gas in it and he would slip a $20 bill into my pocket before I left his house so I could afford food to eat :). He is the uncle that always cared what I was up to and would always be excited to hear about my life and what was going on with it. I always knew my Uncle loved me because of the way that he believed in the best in me and he would share that with me. But beyond his words it was just something I could always feel when I was around him.

Uncle George is a dentist and he happens to look just like Chevy Chase, but his sense of humor is even better than Chevy Chases, which is saying something because Fletch is one of the best movies of all time and Christmas Vacation is a close second. Yes, my Uncle George is my favorite uncle.

So this story starts when I was 23 years old and I decided to start my own medical software company. I had NO IDEA of what it would take to run a company on my own. Absolutely no clue. But I did know medical offices and I did know software, so I had that part down. But running a company? I didn’t have the slightest idea on how to do that. But I did my research and found out that I could buy the rights to be a software dealer for one of the big national companies that developed medical software for physicians if I could raise enough money to pay for the dealership rights, attend the training classes in Arizona to get certified, and to hire a lawyer who could form my own legal entity to launch my business. I sat down and did the calculation to figure out exactly how much money it would take to start the business and it would be exactly $23,000.00. That may have been a million dollars to me at that point because I didn’t have two cents to my name and I had a two year old son and I had just given birth to my baby daughter. Oh, and I was also the sole support for my family at that point. I felt hopeless on how to get a business off the ground, but I knew if I could figure out a way to make it happen that I would be able to make the company a success out of sheer will and determination! I just needed someone to believe in me enough to invest in me starting this company. And so the first person that came to my mind was my Uncle George. He had always shown so much faith in me that I thought if anyone would believe in me that he would. And so I called him and asked him if we could meet for lunch over at the park by his office in Sugarhouse. I met him at the park with my subway sandwich bag and he and I sat down to talk at the table next to the duck pond. I didn’t have anything prepared to show him – just the idea in my head. So I pulled out a napkin and I drew out for him what the business would look like and I asked him if he would invest in me. I let him know that I thought I could get my dad to invest $5,000 if George could invest the other $17,000.

He didn’t hesitate for a second. He was so excited about my idea. The excitement he showed toward me and my abilities to be a success changed my entire world. Now the important aspect to the story to understand is that my Uncle didn’t have excess cash just sitting around. Not at all. Investing his money in me would be a really big financial commitment, and here I was, a 23 year-old girl with two tiny kids and no experience in running an entire company on my own. But Uncle George saw the very best in me. He saw things in me that I didn’t even know existed yet in myself. And so he gave me the funding to start my first business – Not from a formal business plan I had written up, but from a napkin with a few mustard stains and my scribblings written during our lunch together sitting by that duck pond. And that moment was the start of my entrepreneurial ventures. And everything I have gone on to accomplish in my career can be tied back to that lunch with my uncle at the side of the duck pond with a napkin and an idea…all because my uncle believed in me.

There is very little as powerful in life as someone who truly believes in you and your ability to achieve greatness. I am so blessed to have an Uncle George who believed in me. I can honestly say that if it wasn’t for him that I would never have been able to start my first company and I would never have become an entrepreneur who went on to start several companies and I would ever have had the ability to form MediConnect Global and to go on to acquire MediConnect and Globerian and Zerop and PassportMD in order to make us the company that we are today. I became a very successful entrepreneur because I had someone who believed in me, even more than I believed in myself at the time. Tonight I was able to express my appreciation to my favorite Uncle George and to let him know that I have accomplished the things I have accomplished in my life because of the belief that he placed in me. Words can never express how he touched my life and how he impacted my future which ultimately has impacted the lives of every employee and every employee’s family that has worked for MediConnect. His belief in me ultimately impacted the lives of thousands of people who benefit from having a job with the company as well as those people’s children. I don’t know if he grasps the magnitude that his belief in a very young and inexperienced girl at the side of the duck pond in sugarhouse has had, but I do. And now all of you can appreciate it as well.

The message of the story is this- your belief in someone else is a powerful gift to give. Never underestimate the impact you can have on someone else’s life by believing in them and helping them to believe in themselves. Take it from the girl that experienced the miracle of this in her own life.

I believe in all of you. I can truly and honestly tell you that. I believe that you are more amazing and more capable and more talented than you have even begun to realize. That is why I brought you here to be a part of this company. Because I believe in you.

Now go believe in someone else. Be their “Uncle George” – it will change their world 🙂