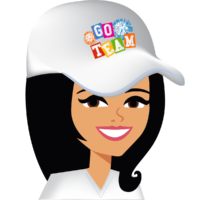 As we were driving up to Montana from Utah last week to stay over Memorial weekend at our friends cabin I put a talk on for all of us in the car to listen to by stress expert and comedian Loretta Laroche. She was talking about how often we tend to awfulize and catastrophize things when they go wrong, making everything feel so much worse than it really is and explained that instead we ought to look at those things as an opportunity.

Literally a few minutes after listening to her talk my husband noticed one of our tires was losing air quickly so we pulled off the freeway in Idaho Falls and began calling around to see if any tire shops could do a quick patch. We called several shops but all of them said they were booked hours out before they could help us….arggghhhh…..I began to groan at our predicament when my daughter Ashley, sarcastically threw out “we can awfulize or catastrophize or we can see this as an opportunity”. We couldn’t help but laugh and then continued calling around until we found a shop to get us in.

After looking at the tire they said they were not allowed to fix the leak because the tire had a bulge in its sidewall, so the only option would be for them to replace it. However, replacing one required replacing all four tires because my car is all wheel drive so the tires have to all be the same tread or it messes up the transmission. Seriously?!!! “It’s an opportunity Mom!” my daughter again said laughing.

We said we’d agreed to buy four new tires so we could get back on the trip and that’s when they broke the news that my Range Rover Asanti wheels required special sized 22″ tires and unfortunately they didn’t have any in stock. …opportunity…opportunity..

We called around to every other shop in town trying to find the right sized tires to buy so the shop we were at could put them on for us but no such luck. They all said it would be the following week before they could get them in given the holiday weekend….opportunity….opportunity….we said it over and over to each other trying to keep one another calm and laughing each time we did.

The workers heard us laughing and joking about how this was an “opportunity” and it motivated them to try and figure out another solution to help us. “We could try putting on a larger tire and see if it will fit without rubbing too much?” one worker said. Normally we would have poo poo’d that solution right away but we were thinking ‘opportunity” so we told him to give it a try. Then we sat suspended it in the air as they pulled off all our wheels and put on the new sized tires. Then they lowered us down and checked them and luckily they just barely fit!

As we finally pulled out and got back on the road, now several hours late, we talked about how perfectly timed that talk had been for our family to hear. If it hadn’t been Loretta’s advice that we shouldn’t be awfulizing and catastrophizing, but instead be seeing things as an opportunity, we would likely have made ourselves miserable complaining about our problem. Instead we ended up laughing the entire time about our opportunity….and as it turns out, those bigger sized tires ended up making my car ride much smoother than the old ones had. …opportunity… 🙂