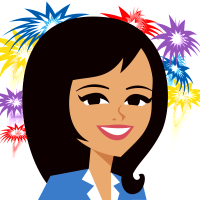 I was on a conference call today in which the people on the call were each asked to share a time they’d seen the transformative power of the belief in people. As I listened to each person share their differing stories I kept thinking about these words from one of my very favorite songs:

When one person believes in us it not only motivates us to do and be more ourselves, it also inspires us to then go and do that same thing for others by letting them know we believe in them…sending big waves into motion…

And although we each have only one match, each time we believe in one person we begin a new ripple that will grow and expand…changing hearts and lives of everyone it touches.

BELIEVE IN PEOPLE! …because that, my friends, is how you can make an explosion.

PS. I love that song “Fight Song” so much that I told my family that at my graveside of my funeral someday I want them to get our friends The Piano Guys to come and perform their version of Fight Song with Amazing Grace along with the bagpipers and drummers and all (I’m inserting their music video below so you’ll understand what I’m referring to). Hopefully I’ll have lived a life worthy of having people say “through her belief in others she made an explosion” 🙂