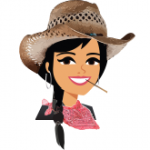 A group of scientists decided to investigate what subterranean cities, created by a colony of ants, looked like. These scientists poured cement for three days until 10 tons of cement had been poured down the tubes of the ant farm. Once the cement had set they began to excavate the underground city created by these ants. They had to remove tons of earth. There were highways connecting the chambers with side roads that led to many gardens and garbage pits. The tunnels had been built by the ants to provide good ventilation and to provide the shortest transport routes to the surface. It looks like the city had been designed by an architect, but it wasn’t, it was created by a colony of ants. The ant city that was excavated covered 50 square meters and it went 8 meters into the earth. In creating this underground city, the ant colony moved 40 tons of soil and carried billions of ant loads of soil to the surface, with each load weighing four times the weight of the ant itself. In human terms each load was carried a kilometer to the surface. The ant farm they excavated was the equivalent to humans building the Great Wall of China. 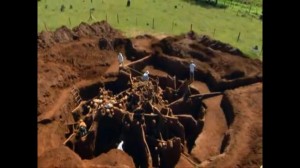 It is a truly great wonder of our world. If you want to see the video you can view it here:  http://www.dump.com/2011/08/30/worlds-biggest-ant-hill-video/

As I watched this video I was amazed and it made me stop and consider how much more we as humans could accomplish in our lives if we would take a few lessons from these ants.  Sompong Yusoontorn shared some life lessons we can learn from ants:

Ants are organized: Every ant has a specific job they perform in their colony.
Ants are unselfish: When they find food they immediately let the rest of the ants know about it.
Ants have a spirit of sharing: Ants share everything they get, they never eat anything alone.
Ants have an amazing sense of discipline: They march in a straight line with everyone maintaining their own spot in that line.
Ants take action in a timely manner: Ants stay constantly active and productive.
Ants are tireless: They work tirelessly all day.
Ants are persistent: If there is an obstacle in their way the group comes together to move it or find a way around it.
Ants have incredible speed: They may be small but they are incredibly fast.
Ants are planners: They find and store food during the year to get them through the winters. They are prepared in advance.
Ants are strong and hardworking: Ants carry objects that are four times their size through hard work and determination.
Ants have teams: Everything the ants do is for the benefit of the team. They work together as a group to accomplish each task.

Yes ants are amazing creatures who work together as a unified entity. Each ant comes together to support their group, and as a result, amazing things are accomplished.

During my time as a CEO, I have seen what can be accomplished when a group of people come together to work in a unified and organized way. When everyone is focused on a common vision, when each person has been given a clear picture of what they are expected to contribute to the end goal, and when leadership clearly communicates expectations and appreciation for everyone’s participation, great thing can be achieved. The power of the collective community in a company, or a neighborhood, or in our own families can be so powerful if we work together as a team. And when hard work is blended with an attitude of wanting the team to succeed more than any one individual it opens the doors for everyone to step up and make incredible things come about.

Today’s challenge is to adopt the attitude of the Ants! Have a great Monday everyone!
~Amy