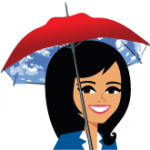 “Should you find yourself the victim of other peoples bitterness, ignorance, smallness, or insecurities, Remember this, things could be much worse.  You could be one of them!”

Today I became aware of a situation that involved a person who had been totally dishonest in an attempt to undermine their managers.  This person sacrificed their own integrity in the name of trying to get ahead.   This isn’t the first time that as a CEO I have come across this type of employee.  Over the years I have seen these types of people come, and fortunately I have been able to see to it that those people have to go just as quickly from the organization when they play that type of game.

I have no tolerance for people who are dishonest, disloyal, and who undermine those around them for their own selfish purposes.  In my experience, these people who act this way do so because they are insecure, or ignorant, or bitter and entitled, just as the opening quote referenced.  It is really unfortunate that anyone would treat other people so inappropriately.  But what I find even more unfortunate is that they would be willing to sacrifice their own integrity in life.  I have shared my quote before that success will come and go, but your integrity is forever.  And that quote is 100% true.

Take this advice from a CEO.  You may be able to fool people for a little while as you go around undermining and lying to others, but the day will come when the truth will come out.  It ALWAYS eventually does.  And even though you may think you are getting away with it for the moment, I can assure you that Karma always catches up to you…whether it’s now or later, rest assured that it will eventually come out, and when it does the world will know you for who you are and the damage to your own reputation will follow you far longer than the value of any temporary gain you had achieved through your bad behavior.

And to those who have been wronged by someone else behaving badly I would tell you this – don’t ever let someone else’s bad behavior be your justification to stoop down to their level. You do the right thing, no matter what the other person does.  Your integrity is yours so don’t ever allow anyone else to cause you to trade that away.  Your good reputation will follow you far longer than their temporary “getting ahead” will last.  Life is short, but people’s memories are long, and others will remember their dishonest behavior for a very, very long time, and I can promise you that it will catch up to bite them in the end.   By the same token, people will look to your example of handling yourself with grace and integrity, despite your trials, and they will honor you for that.  So just take heart in the fact that “things could be much worse.  You could be one of them!”   But you’re not!  You are awesome and I am proud of you.

Just do the right thing.  Don’t ever trade your integrity for anything.  There is not one ounce of getting ahead that will ever be worth trading your character for.  And if you are a person who has done something dishonest and wrong, FIX IT.  Never let dishonesty stay the legacy you will leave behind.   Apologize.  Tell the truth.  Make amends.  Be sorry.  And never, ever do it again.  Then move forward committed to live a life of integrity from this day forward.  It’s never too late to do the right thing.  Remember that.

Have a great Tuesday everyone!