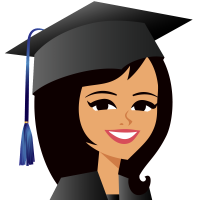 Barbara Bush, who passed away recently, was an incredible woman and one who set a wonderful example of class and elegance. She was an amazing lady. Attending commencement ceremonies for my daughter-in-law’s graduation last week reminded me of a fantastic commencement speech that Barbara Bush gave back in 1990 at Wellesley College. It was such an incredible speech that I wanted to share excepts of it with you:

“In a moving speech about tolerance given last year by a student body president of one of your sister colleges she related the story by Robert Fulghum about a young pastor, finding himself in charge of some very energetic children, hits upon the game called “Giants, Wizards, and Dwarfs.” “You have to decide now,” the pastor instructed the children, “which you are — a giant, a wizard, or a dwarf?” At that, a small girl tugging at his pants leg, asked, “But where do the mermaids stand?” And the pastor tells her there are no mermaids. And she says, “Oh yes there are — they are. I am a mermaid.”

Now this little girl knew what she was, and she was not about to give up on either her identity, or the game. She intended to take her place wherever mermaids fit into the scheme of things. “Where do the mermaids stand? All of those who are different, those who do not fit the boxes and the pigeonholes?” “Answer that question,” wrote Fulghum, “And you can build a school, a nation, or a whole world.” As that very wise young woman said, “Diversity, like anything worth having, requires effort — effort to learn about and respect difference, to be compassionate with one another, to cherish our own identity, and to accept unconditionally the same in others…

Decisions are not irrevocable. Choices do come back…

I hope that many of you will consider making three very special choices.

The first is to believe in something larger than yourself, to get involved in some of the big ideas of our time. I chose literacy because I honestly believe that if more people could read, write, and comprehend, we would be that much closer to solving so many of the problems that plague our nation and our society.

And early on I made another choice, which I hope you’ll make as well. Whether you are talking about education, career, or service, you’re talking about life — and life really must have joy. It’s supposed to be fun.

One of the reasons I made the most important decision of my life, to marry George Bush, is because he made me laugh. It’s true, sometimes we’ve laughed through our tears, but that shared laughter has been one of our strongest bonds. Find the joy in life, because as Ferris Bueller said on his day off, “Life moves pretty fast; and you don’t stop and look around once in a while, you’re going to miss it.”

The third choice that must not be missed is to cherish your human connections: your relationships with family and friends. For several years, you’ve had impressed upon you the importance to your career of dedication and hard work. And, of course, that’s true. But as important as your obligations as a doctor, a lawyer, a business leader will be, you are a human being first. And those human connections — with spouses, with children, with friends — are the most important investments you will ever make.

At the end of your life, you will never regret not having passed one more test, winning one more verdict, or not closing one more deal. You will regret time not spent with a husband, a child, a friend, or a parent.

We are in a transitional period right now, fascinating and exhilarating times, learning to adjust to changes and the choices we, men and women, are facing. As an example, I remember what a friend said, on hearing her husband complain to his buddies that he had to babysit. Quickly setting him straight, my friend told her husband that when it’s your own kids, it’s not called babysitting.

And who knows? Somewhere out in this audience may even be someone who will one day follow in my footsteps, and preside over the White House as the President’s spouse — and I wish him well…

Thank you. God bless you. And may your future be worthy of your dreams.”