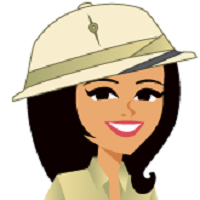 “None of us is as smart as all of us.” – Ken Blanchard

Yesterday one of the long standing non-profit organizations I serve on the board of received word that a new set of covid restrictions coming into effect will cause this amazing performing arts theater which boasts Broadway caliber shows and musicals that are family friendly and using top notch talent to close their doors.  Everyone on the board was scrambling for ideas on how to save the theater from having to be shut down.

As a board we began talking – one person made a suggestion, then another made one, and another. Once all the ideas were listed we would review them, compare them, discuss them, and poke holes in them until it became obvious which were going to be the best ideas to fix it. Once knew that we were able to parse out the work and make things happen.

It was pretty magic watching a group of donors take the problem, come up with a list of ideas, look over that list of ideas and talk through what they like and don’t like about them until the group collectively sees what solution is going to be the best ones to implement. Letting the crowd help come to the decision also helps everyone who is a part of that crowd feel invested in the success of the decisions and that serves as great motivation to knock it out of the park.

There is value in listening to the collective wisdom of a good crowd. The best ideas are rarely one person’s idea entirely – the best ideas stem from working together in a group of smart people who recognize and embrace that “none of us is as smart as all of us.”