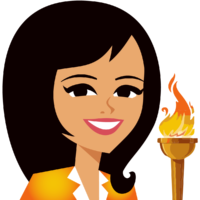 I was lying in bed last night when the phone beeped to alert me of an incoming text message. It was my kids wanting to know what the plan was for the family to get together on our day off the next day. “Day off?”, I thought to myself, “what do they mean day off?” I quickly opened the calendar to discover that today was Martin Luther King Jr Day – a National holiday. My next thought was, “Did I really just spend an hour posting a blog tonight when it’s a holiday tomorrow so I didn’t even need to post?!” Eeeesh…you know its time to slow your life down when you didn’t even realize it was a three-day holiday weekend…sigh…

Two months before being assassinated Martin Luther King Jr actually spoke about how he hoped he’d one day be spoken about at his funeral:

I’d like somebody to mention that day that Martin Luther King, Jr., tried to give his life serving others.

I’d like for somebody to say that day that Martin Luther King, Jr., tried to love somebody.

When he was assassinated two months after giving that sermon, at the request of his widow, selections from a recording of him giving that sermon (titled ‘The Drum Major Instinct’) were played at his funeral. His own words had became his own eulogy.

Without a doubt, Martin Luther King Jr had indeed lived his life such that he will forever be remembered as a man who left a committed life behind…