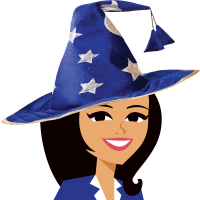 Tonight I went to see our friend Lexi Walker ( http://lexiwalker.net/ )  perform as Dorothy in the play The Wizard of Oz at the amazing Hale Center Theater in Utah (www.hct.org ) . Lexi is an incredibly talented young woman who is also an absolute sweetheart. Lexi first came into the spotlight at the age of 10 she was on the TV Show America’s Got Talent. Then at the age of 11 Lexi became a youtube sensation when she sang “Let it Go” from the Disney movie frozen and it went viral.  That video has had over 100 million views on youtube and Lexi quickly became a worldwide singing sensation. Then in 2017 Lexi released an album called Inspire (recording label Sony).  Serious kudos has to be given to Lexi’s mom Lisa who has done a truly phenomenal job of helping her now 16 year old daughter stay humble and grounded through all the fame and attention that has come her way. I’m proud to know both of these outstanding women.

I love the show the Wizard of Oz. I love the music in the show and I love so many lines from the show. Here are a few of my favorite quotes:

“You have plenty of courage, I am sure. All you need is confidence in yourself. There is no living thing that is not afraid when it faces danger. The true courage is in facing danger when you are afraid, and that kind of courage you have in plenty.”  (wizard)

“Can’t you give me brains?” asked the Scarecrow. “You don’t need them. You are learning something every day. A baby has brains, but it doesn’t know much. Experience is the only thing that brings knowledge, and the longer you are on earth the more experience you are sure to get.” (wizard)

“Oh, I see;” said the Tin Woodman. “But, after all, brains are not the best things in the world.” Have you any?” enquired the Scarecrow. “No, my head is quite empty,” answered the Woodman; “but once I had brains, and a heart also; so, having tried them both, I should much rather have a heart.”

“If I ever go looking for my heart’s desire again, I won’t look any further than my own back yard. Because if it isn’t there, I never really lost it to begin with.”  (Dorothy)

Aw yes, it was a great show full of great life lessons to remember. Seek brains, a heart, and courage, and never forget that there is no place like home.

Here’s a fun picture of Lexi and I from tonight’s show:

And just in case you weren’t one of the 100 million people who have already watched it on youtube, here is that original video of Lexi that first went viral. You can see why she has gone on to do so well :):