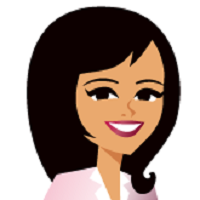 On a recent road trip I took with my husband down to our houseboat at Lake Powell I found myself getting incredibly bored during the portion of the drive where we lose cell phone and internet coverage. Don’t get me wrong, I love spending time with my husband but his idea of an exciting road trip is to put on some Johnny Cash music and say nothing for hours on end, which for me feels like torture…not the Johnny Cash music but the saying and doing nothing while we listen to it for hours on end part.

At one point I was so bored that I started driving my husband crazy by telling him over and over just how bored I was…he threatened to stop the car and make me get in our friends car who were following behind us to Lake Powell with their two year old son.  My husband suggested that perhaps I should ride with them so I could do a coloring book with their two year old to keep myself entertained the rest of the drive.  Funny thing is that while he was trying to make the point that I was acting like a little kid I was actually thinking, “Hey a coloring book sounds like fun!”

That’s when we came to the decision it was time to listen to some stand-up comedy. We put on John Heffron, a comedian we really like because he is typically clean and doesn’t use bad language which we appreciate.  We had an album we hadn’t heard yet and we could not stop laughing the rest of the drive. I highly recommend downloading this album and listening to it but here is one of the sound file clips that was my husbands favorite on how men just want a woman to give them a task…preferably in as few words as possible….   SO FUNNY!

Hope that added a little laughter to your day. For more laughs listen to the full album. It’s fantastic!