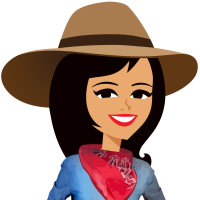 Yesterday, July 24th , we celebrated Pioneer Day (which is a state holiday in Utah). For those of you not familiar with Pioneer Day it commemorates the evens of July 24, 1847 when Brigham Young and the first group of Mormon Pioneers arrived in the Salt Lake Valley after making the nearly 1,300 mile trek through mostly unchartered territory across the United States all the way from Illinois to Utah by foot and horse drawn carriage. Over the course of the 18 months it took them to make that incredible trek these pioneers suffered unspeakable hardships and loss. But they had made the trek because they had been driven out of their homes in Illinois as a result of religious persecution and harassment and they were seeking a place where they could raise their families in peace.  Over the course of the following years over 80,000 Mormon refugees made their way across the country to settle the region, burying over 6,000 lives lost along that journey. One movie that’s been made that gives just an idea of some of the challenges these pioneers faced along their trek is the movie 17 Miracles – I’ll include the trailer for that film at the end of my blog today if anyone is interested in it.  It’s an incredibly touching movie that gives you great respect for what those pioneers had to endure. I cannot even imagine the pains they went through.

To celebrate Pioneer Day my husband and I were invited to have dinner with Secretary Ryan Zinke, Secretary of the Interior for the United States of America and to attend the Days of 47 Pioneer Day Rodeo with he and Utah Governor Gary Herbert (…our second rodeo this week – yeeee hawww I love them rodeos 🙂 … ).  My husband was so excited for the dinner because he loves that Secretary Zinke was a former U.S. Navy SEAL who served two tours at SEAL Team Six and retired with the rank of Commander. Both my husband and I have tremendous respect and admiration for the bravery and fortitude those who serve our country and Secretary Zinke has performed great military service in his life. He is definitely one tough man who knows how to be mentally strong enough to be able to endure the toughest of circumstances.

As we sat watching the rodeo that night watching the cowboys get bucked off the bulls I noticed one cowboy wearing a t-shirt that read  “Pain is weakness leaving the body.”  I couldn’t help but recognize what a fitting quote that was for Pioneer Day – here we were celebrating the brave men and women and children that made that incredibly painful trek out west, who were starving to death and freezing to death literally yet who relied on mind over matter and a whole lot of prayer to stay mentally strong enough to withstand the unbelievably harsh conditions on their journey to Utah.

When things get tough physically remind yourself that “Pain is weakness leaving the body.”  We are all capable of far more than we’d imagine and I’m grateful for the example set by the Pioneers and by those who serve our country.

Here’s the movie preview for 17 Miracles:

Have a mentally and physically strong day!