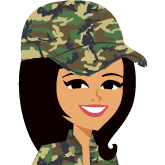 I’d never heard of the Immortal Regiment March before my trip to Russia last week. It was May 8th and we were driving in our private tour bus with our guide through the streets of Saint Petersburg Russia. Our guide was telling us about each of the buildings and the history surrounding them as we drove through the city.   As we passed by one building there were two people on the side of the road walking with signs in their hands that had photos of a different people on their signs. Our guide stopped talking mid-sentence when she saw them and her hand came up to her chest in her eyes got teary… it was clear that whatever she was seeing had touched her deeply.  After a moment she went on to finish the sentence she had previously started.

I had to know what had caused her emotion, so after she finished the sentence I asked her, “What was going on there with the people with the signs?” She explained that those were people preparing for the March of the Immortal Regiment that was to take place the next day on May 9th.  I asked her what the Immortal Regiment March was and she explained that people would gather together in cities throughout Russia to walk through the streets holding signs with photos of their ancestors who had died in World War II to pay tribute to them.  She said they were expecting over a million people to march through the streets in Saint Petersburg alone.

In my mind I flashed back to the image of the streets I’d seen in Washington DC a few years ago following a protest march that had gone on with people screaming and yelling with all kinds of mayhem going on with trash left all over the streets when they were done. I was dreading seeing anything like that ever again. Would a million people marching for the Immortal Regiment be similar to that??

Not knowing what to expect we rushed back to our hotel before the March was to begin so we could watch it from the safe view of our hotel room balcony.  I stepped out on the balcony expecting to hear screaming and yelling as the march was set to begin….but what I heard instead came as a total shock…I heard silence…I could see masses of people standing along the sides of the street to watch but as the marchers came into view holding their signs in the air with their ancestors faces on them a complete hush fell over the crowd…it was silent…a respectful silence in honor of the ancestors they paid tribute to who gave their own lives in order to save the lives of countless others…and that silence lasted as over 1.8 million people marched through the streets.

Young and old marched through the streets in procession holding signs, all showing the same level of great reverence for their ancestors. It was absolutely humbling to watch it…I would even describe it as sacred…  It was an unforgettable thing to be able to witness and I am so grateful I was able to be there on such a special occasion. It made me so proud to see the respect the Russian people showed to their ancestors and it helped me to recognize that love of our ancestors is something we all share, regardless of where we live in this world…what an amazing commonality we all share that can be used as a foundation to grow relationships upon…

Our love for our ancestors is something we all share in common….let’s build on that…