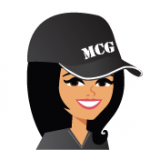 So the story goes that there were these Sneetches – some had stars on their bellies and some had plain bellies.  The Star Belly Sneetches were proud and they considered themselves better than the Plain Belly Sneetches.  The Star Belly Sneetches would walk by the plain belly Sneetches without saying a word to them.  Then one day a scam artist came to town named Sylvester McMonkey McBean.  He observed the dynamic going on and being a bad person, he realized that he could take advantage of the dynamic between these two groups of Sneetches.  And so he came to the beach with his Star Belly On and Star Belly Off machine.   He then brought the Plain Belly Sneetches to his machine and explained how he could give them all a Star on their Belly so they could be just as good as the Star Belly Sneetches were.  And so he gladly took their money and put them through his machine.  Then he reached out to the Star Belly Sneetches, who were furious to hear that the Plain Bellies had now gotten stars!  And so Sylvester McMonkey McBean played on their egos to convince them that they were better than that other group and they should get their stars taken off so they could stay separated from that group.  And so they were convinced to remove their stars using his Star Off machine and those Sneetches that had originally held Stars on their Bellies all had their Stars taken off.   Well this clearly upset the Plain Bellies that had paid to get their stars and so the process went back and forth of Stars going on and Stars coming off until suddenly the Sneetches found themselves with no money left to go through the machine.  And in all the confusion of Stars on and Stars off they no longer knew who was who anymore…and so the Sneetches started to respect each other as equals…stars or no stars…

This is one of my favorite stories.  It was written by Dr. Seuss.  The reason I share this story is this:  in my career I have seen in companies where there are those who consider themselves the Star Bellies, looking down their noses at others and considering themselves to be ‘better than’.  I have also seen those who want desperately to be part of that ‘better than’ crowd who are willing to give up everything to be included, even their own integrity.  I have seen companies literally implode from within because of an atmosphere of pride, ego, politics, infighting, and those who try to get ahead at any cost.   Coming into MCG I made a commitment that I would never allow the company to allow any of those things into our culture.  We wanted everyone treated as equals, despite title or position.  We wanted everyone to help each other succeed, rather than pulling each other down to climb over one another.  We wanted there to be communication daily to everyone so that every single person was in the loop on who our company was and what we were trying to accomplish, so that every person would know that they were equally important to be kept in the know.  Thus, confirming that everyone mattered as equals in the organization.

The results of this culture that was created at MCG speak for itself.  The financial success of the company is a direct result of having a culture of people who uphold their integrity at all costs, who help one another to succeed without worry for who gets credit for it, who value each person the same regardless of rank or title, who truly want the best for each other and are willing to give honesty with respect in an attempt to help each other grow – that is the culture of MCG – and that is a direct result of having amazing employees who believe in those values enough to really live them each day.

It has been such a great experience to come to work every day for the last ~nine years when the environment has been so positive and so uplifting.  That environment and those people have made me a better leader and a better human being.  What more could you ask for in a job?  I challenge my employees to always remember the unique culture that has been created at MCG and to commit to always upholding it, no matter what.  Don’t ever let anyone else be the Sylvester McMonkey McBean in your life.  And never get caught up in wanting to be ‘better than’, or believing that a Star on someone’s Belly makes them any bit better than you – it DOESN’T.  Stick to what’s right.  And I challenge anyone else reading this blog outside of MCG to try and implement that same culture wherever you work.  It takes a genuine commitment to hiring the right people and firing the wrong ones, but if a leader will do that and stand for what’s right, the result they can achieve will humble you and amaze you.  I know, it has done that for me.   And I am forever grateful for that!

Have a FABULOUS FRIDAY!