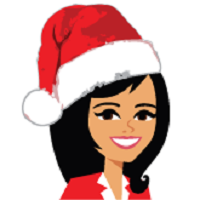 Ten years ago this week I was in Israel with my husband and two kids. We were there to visit the places where Jesus Christ had lived. It was an amazing experience to visit the place where He was born, grew up, and died, and it was incredibly special to be doing it the week of Christmas. On the trip we visited Nazareth, where the angel Gabriel visited Mary and let her know she would have a son and name him Jesus. We went to Bethlehem, where Jesus was born and laid in a manger. We then went to the Sea of Galilee, where he grew up and started his ministry and performed many miracles, and then to Jerusalem to see the Garden of Gethsemane, the court where he was sentenced to death, the gates of Damascus, where he carried his cross on his shoulders, and then to Calvary/Golgotha, the mountain where he was hung on the cross and died, and then to the sacred tomb, where he was laid to rest and also where he then appeared to Mary Magdalene three days later as a resurrected being. Then finally, we went to visit the Mt of Olives.

It was eye-opening to make the several hour drive from Nazareth to Bethlehem and think about Mary being nine months pregnant making that same journey on a donkey.  It was powerful to stand in the caves in Bethlehem and think about the night the Savior was born and how Mary and Joseph must have felt knowing they were holding in their arms the Savoir of the World and the responsibility that lay on their shoulders as parents. It was impactful to visit the Garden of Gethsemane and think about how our oldest brother Jesus Christ had been willing to suffer for all of our sins so we could have the ability to repent and be forgiven.  It was heart-wrenching to stand at Golgotha and think about Mary looking up at her son as he hung on the cross and how difficult that must have been for her. And it was heart-warming to then stand at the sacred tomb and think how blessed we are to know that because of Him we will all be resurrected someday.

My greatest desire in life is to live my own life in such a way that my Savior, Jesus Christ, feels I am worthy of the sacrifice He made for us and the gift He’s given us. And one day when I stand before Him, my hope is to hear him say, “Well done, my good and faithful servant”.

I wish a very Merry Christmas to you all! And I thank you for being a part of my life. You are what AWESOME looks like!!!