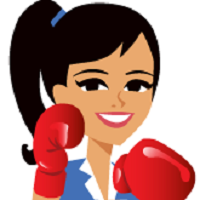 (Dalton Anderson filling in for Amy Rees Anderson who is recovering from a cold because I am a good son:) :  I had a discussion with some friends the other day over an opinion on a movie. We were talking about how we would rate the movie out of 10. One individual thought it deserved a perfect score, another felt it was slightly above average and gave it a six, and I felt it was a seven. What proceeded led me to ponder a prevailing problem common in social interactions. What should’ve been a light, inconsequential, and even humorous discussion, became—for one individual involved—an “escalated” debate.

I’ve noticed that a lot of conversations, specifically over social media, turn hostile pretty quickly. It makes sense, since a lot of communication is in body language and tone of voice, which clearly gets lost in translation through written mediums. But I’ve noticed that even people familiar with one another seem to get defensive a little faster than they would face-to-face. I know I’ve found myself apologizing for plenty of miscommunications because I offered a sarcastic response over text when it wasn’t the appropriate time. I can’t solve all miscommunication woes, but I wanted to address one that I think is pretty important in a polarizing ecosystem.

There’s a difference between having a discussion, and having a debate. In the context of my story, I felt like the discussion over the movie was simply a discussion. Everyone had differing opinions and reasons for why they felt how they did, and it was fun to discuss the why behind that. My optimistic friend said that they really liked the movie for x, y, and z, and wanted to know why some of us felt it was a little more average. Responses were given, and I asked why they felt it was a perfect 10. They provided their reasons. Certain people disagreed with the reasons provided, and from my perspective the responses weren’t personal or disrespectful; however, the individual who had given the perfect score became quite defensive. Now I’m of the belief that you can disagree and question someone without “debating” them. I think challenging ideas is the best way to learn from others and gain valuable insight. I was made fully aware that not everyone feels that way. The 10-giver responded that no one could change their mind, and that they could feel however they wanted about the movie, which led to a lot of confused and hesitant responses. Everyone else involved thought it was just a fun discussion among friends.

Also, I don’t want to have a total ADD moment, but there really is a problem with general rating systems. It’s almost like people feel bad for giving a movie 5/10, which should be the average score. Somehow it comes off like a movie was terrible even though, like I said, 5 is average. I blame the grading system in schools—I digress.

The point I want to make is that a disagreement does not need to equal a debate. A debate as defined here is when someone is trying to convince another that their perspective is the correct one. Most of the time, a disagreement is just a sharing of viewpoints, and it’s an extremely healthy form of communication if done properly. I find great value in surrounding myself with others who think and feel differently than I do. I have friends with deeply held political, religious, and moral beliefs—and even different opinions on movies—that are contrary to my own. These friends help challenge my beliefs, and I’ve found that it tempers me into a better human. I’ve seen a lot of people get hot and bothered when others disagree with their firmly held beliefs, often becoming erratically emotional and then saying something quite offensive in order to “win” what should have been an otherwise tame discussion. Most often we see what we want to see, as was the case with my friend in the story.

The best way to counteract a defensive attitude is to try listening. By listening, you show the other person that you value their viewpoint, and that’s usually all someone wants. True friends rarely try to make you think the way they do, because they value you for who you are. By letting them know you hear them, you’ll find that a disagreement can be as positive of an experience as an agreement.

But in all seriousness, there’s got to be a way to get everyone back on the proper 1-10 rating system, where five is the average, and not seven. Seriously, it’s a pressing issue!

~Dalton Anderson (son of Amy Rees Anderson author of What Awesome Looks Like: How To Excel In Business & Life )